As the Lead Scandal Broadens 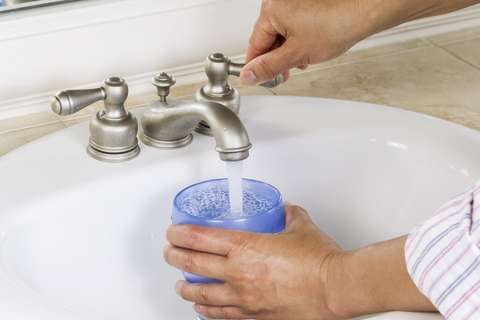 You’re probably following everything going on in Flint, Michigan, if only by the headlines—in a nutshell, they started using a river as a water source to save money without properly treating the water, leading to corrosion of the pipes it was carried in and lead contamination of the water. Lead isn’t safe for consumption—especially at those levels, especially for children, and the damage done will likely tragically effect a generation of kids in Flint.

In case you missed it, The Guardian published an article saying that, in fact, it’s not just Flint. Most, if not all, cities east of the Mississippi (where pipes are older, cities denser, and some of those cities now poorer and more likely to need infrastructure updates) are doing some of the same things Flint has done.

One common cheat: “pre-flushing”. Before testing for lead, city instructions might include a step to run cold water out of the pipes before collecting a sample; the source to the Guardian was anonymous and more investigation is needed, but comments on news sites reporting the story seem to confirm this, as many reported they’d done this for their city with no idea what the implications were. Pre-flushing falsifies the test by making it appear that lead levels are lower. An accurate lead test usually recommends taking a first pour out of the faucet (of about a gallon) before any water has been run anywhere else in a home.

Is your home at risk? You can pick up a kit to test your water pretty cheaply from stores like Home Depot. You can also install filters to your water system if you’re in a city that’s not following EPA standards. Note, though, that not all filters remove lead and other heavy metals—Brita only removes elements that flavor water, and notes that on their products, so read the fine print on any system you pick up.

What can you do? Sadly, not much. Avoiding lead should be a priority (and ionized copper, which can also come from corroded pipes—check out this article about ionized metals). You might be able to catch recently absorbed large particles with Zeolite. Make sure you’re also supplementing with Calcium (lead replaces calcium in the body).

If you’re worried about lead exposure, make sure to see a doctor and have your lead levels checked. 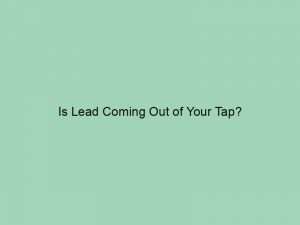