A Bad Start to Flu Season 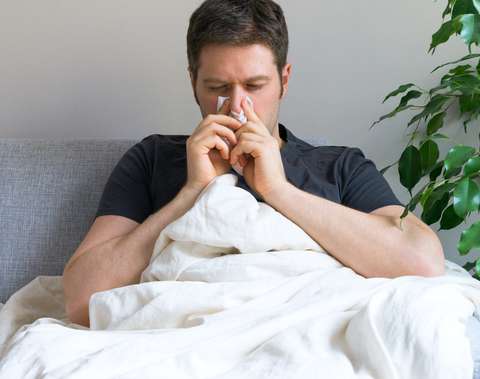 Predicting flu season is tricky. Things have been trending worse year by year, though, with long, virulent flu seasons. It doesn’t really matter whether it’s a change in culture, population or climate change, it’s here and we have to deal not just with a harsh flu season, but lots of other circulating viruses that cause everything from stomach upset to mild flu-like symptoms. Immune support is important all year round, so make sure you’re stocked up on colloidal silver.

October is almost over, how’s this year shaping up? With some early hospitalizations being reported (as well as some other signs of early flu) not only is flu season going, but it’s looking like it might be a bad one.

When the flu hits, it knocks you out. You can walk around with a cold, miserable but functional, but with the flu, if you’re going anywhere, you’ll be lucky to drag yourself. Fever, chills, aches, malaise, strong fatigue, coughing, and other respiratory symptoms indicate the flu. Sometimes nausea, and even vomiting, can be symptoms, but those are more often some variation of stomach flu. Any milder version of those symptoms and you could have a different virus.

People with weaker immune systems, the young, old, pregnant, or those with a chronic condition (including inflammatory conditions) are more susceptible to severe symptoms. A little immune support goes a long way: don’t try to drag yourself around with the flu (and you won’t get others sick, either), stay well rested, keep up good eating habits, and make sure you’re drinking lots of water each day. Skipping out on the immune basics not only makes it more likely for you to get sick, it makes it more likely it will be a harder illness.

And don’t forget easy immune support with some daily colloidal silver. Start each day with an immune boost before you face the coughing, sneezing, and germ sharing of the world.