Why Antibiotic Resistance in Gonorrhea is Bad for Everyone 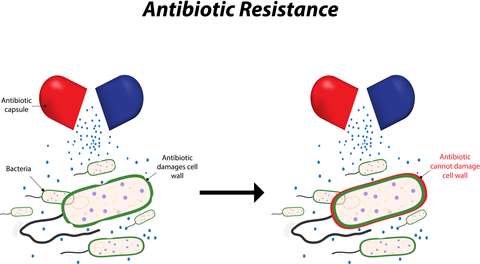 Antibiotic resistance is here, and not just prevention, but alternative treatments are going to become increasingly important while we search for new lines of antibiotics.

What kind of steps can you take? Hand washing is big—it can prevent a lot of infections before they start. And taking more care of yourself will become increasingly important, too. We’ve all been able to grow complacent about self-care thanks to antibiotics, but activities that help avoid even minor surgeries will become more important (flossing, weight maintenance, and similar), as well as activities that promote good health, like quality nutrition, sleep, and even supporting supplements, like colloidal silver.

For many who see headlines like “gonorrhea now antibiotic resistant” there’s a sigh of relief—many people are low risk for an STD.

And STDs are a really good vehicle for spreading those genes around. HIV spread very quickly a few decades ago—and while we’re smarter about sexual safety and STD prevention today (for the most part) apps like Tinder, Grindr, and more have been linked with a similar spread of gonorrhea, chlamydia, and other infections previously dismissed as easily treated by antibiotics.

That overconfidence is fueling another aspect of the spread of not just disease but antibiotic resistance: not following up. One of the battles of STD clinics is getting people to come back in after being treated with antibiotics to confirm they worked, people who didn’t come in to get tested again were going back into the world not just with an ongoing gonorrhea infection, but an antibiotic resistant one. That means more chances for other bacteria to develop the same resistance.

Bacteria, everywhere. Even if you aren’t sick with infection, your skin naturally has bacteria on it. A healthy probiotic colony (in your gut and on your skin) crowds out and may even fight off bad bacteria, but a few of those are still present, ready to take on those antibiotic resistant genes.

See where this is going? And remember, it’s not just gonorrhea, that’s just an example of one superbug that will likely spread quickly.

There’s hope, a lot of interesting research is being done to develop new lines of antibiotics (it involves a lot of thinking outside the box). In the meantime, it’s on each of us to take care of ourselves, supporting our immune systems against illness (with the standard diet and exercise), and maybe including an immune supporting supplement like colloidal silver.