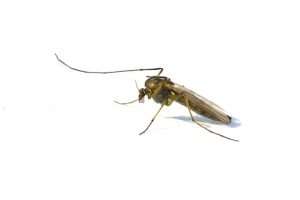 Chikungunya, the incredibly painful but non-lethal virus that tore through the Caribbean in only (about) 6 months, has now infected mosquitoes in Florida, and at least 2 Americans. Officials aren’t projecting a massive outbreak—but that really depends on how well people avoid mosquitoes.

Entomologists aren’t as positive, and are worried that it could carry through the mosquito population all the way up the East coast. That’s the population range for a breed of mosquito that spreads the virus quickly, and doesn’t necessarily eliminate the possibility that it could spread into other mosquito breeds that span the rest of the continental US.

Symptoms of Chikungunya can take a few weeks to begin, and then last from between a few days to a week or more—largely depending on age (the older you are, the longer it lasts). Fever, rash, painful arthritis, headache, nausea & vomiting, and eye inflammation or even infection can all be symptoms of Chickungunya.

There’s no CHIK-V specific prevention or treatment. The best you can do is to avoid mosquitoes—that means eliminating still water around your house, staying inside at dusk and dawn, and using mosquito repellant when you can’t.

If you do get sick, you just have to rest and support yourself as much as possible. The biggest risk from CHIK-V is lasting joint pain—so continuing eating well when you get sick to help minimize inflammation, rest up, and support your immune system so it can fight off the virus as quickly as possible.

We will probably all get CHIK-V eventually. It’s all in being prepared, and minimizing symptoms and their duration as much as possible.

Have you taken action against mosquitoes?