CDC Warns Flu Round 2 Under Way 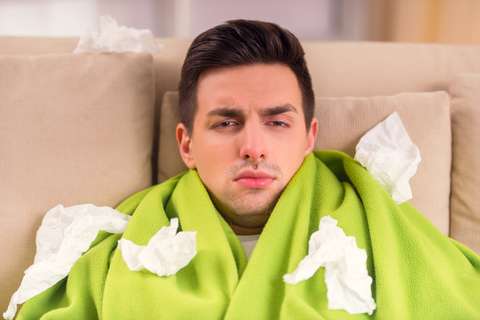 This flu season was particularly nasty; the flu shot was ineffective, and H3N2, the type A strain that circulated, caused many hospitalizations, deaths, and weeks off work. Now the CDC is warning us to be on the lookout for this year’s Type B strain, which is starting to cause a new flu spike. Make sure you’re still supporting your immune system with colloidal silver!

Typically, Type B flu strains come around in the later season, or about now (flu season can linger until June some years). They are harder on children and people with weakened immune systems, but easier to vaccinate against (at least comparatively, it’s still a weak vaccination).

And even if you’ve already had flu this year, you can get it again if it’s a different strain. Last week, flu numbers ticked up again thanks to influenza Type B, and 17 states are still reporting wide spread activity. If the recent drop in flu had you feeling relaxed about catching the flu, it’s time to put your guard back up.

Hopefully, flu preparedness has become just a good, year-round habit. Afterall, washing hands frequently helps prevent the spread of colds and flu, as well as summer bacteria and food poisoning. Eating and sleeping well also have obvious benefits beyond immune support, and it should be even easier to kick your body into gear with some exercise now that the weather’s nice. Plus, you’ll get that bonus immune boost from the sun stimulating a little extra Vitamin D production. It may be time for round 2 of the flu, but this fight can be easier than it was in the fall.

Don’t forget to get daily immune support from colloidal silver. Not only do you not know when something like a new round of flu will strike, it can help you prepare for other unexpected hits, like food poisoning, sinus infections, inflammation, and other typical problems.

How’s flu activity in your area? Drop us a comment: