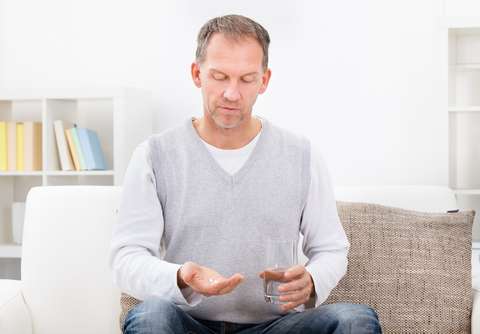 There’s a time and a place for antibiotics. But it’s hard to tell when that is when you’re sick, and flu in particular can really knock you sideways. A chronic sinus infection can slowly take down your quality of life until you’re ready to try anything.

And many doctors expect that that is what you’re thinking. They’re already crunched for time, and they want you and your casual sore throat, cold, or other common illness out of their office—so most will hastily prescribe antibiotics and send you on their way, or are used to dealing with patients who demand them.

But taking antibiotics has numerous long-term effects on your body, with resistance being the biggest issue. If the bacteria you carry develop resistance from antibiotics over a minor illness, then a major illness becomes more likely, may require more time in the hospital, and may be far more serious.

Then there’s your gut bacteria, which can be wiped out by antibiotics (especially if you take them for a viral infection!) leaving room for other pathogens, from unfriendly bacteria to fungi to move right in.

Recent surveys have found that most people aren’t fully aware of all the aspects of antibiotic resistance, like that it can affect them personally, and that many illnesses are viral (or fungal) and won’t be treated by antibiotics anyway.

Illnesses that are usually caused by viruses (or fungi) and not treated by antibiotics:

-Sinus infections (probably the number one disease for which antibiotics are overprescribed)
-Most sore throats
-Many coughs
-Colds
-Some other respiratory illnesses (flu is a virus, too).

For a minor bacterial illness, antibiotics only shorten duration by half a day (12 hours) or less. That’s the time you’ll spend waiting to get into a lot of doctor’s offices! You’d be better off calling in (so they can advise you under what symptoms they’d want to see you) then resting in bed.

If you’re a doer and need something to support you while you’re sick, try colloidal silver. Early studies have shown that it doesn’t cause bacterial resistance (it attacks a different, more vital part of the bacterium), and it offers support against all types of pathogens, including both viruses and bacteria (as well as fungi and small parasites). You can even use it in a sinus flood to tackle more severe sinus issues.

In general, though, if you feel sick, rest! It’s the first, best thing you can do for yourself. Save yourself a trip and give your doctor’s office a call so they can tell you what to watch for (many are managing patient overload by hiring on call nurses to answer the phone and give basic advice).