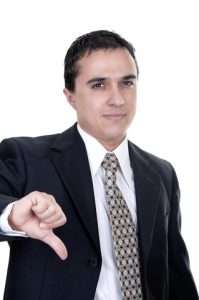 Gilead’s new Hep C treatment, Sovaldi, is supposed to cure Hepatitis C in just a few months. But at a steep price—$83K, or $1,000 per pill per day!

Even if you have top tier health insurance, most won’t cover it. And Medicaid/Medicare have been fighting with Gilead (especially in California, whose MediCal program has soooo many more problems to deal with).

Normally, insurers et. al. receive a nice discount on treatments. Express Script is the largest US pharmacy benefit manager, and has given up on offering Gilead’s Hep C treatment in favor of a cheaper one. Why won’t Gilead budge? They say their treatment is worth it—as a cure, it will save numerous patients from needing further treatment, including far more expensive liver transplants.

Many people were waiting for the treatment to hit the market, and putting off traditional interferon treatments (and their intense side effects), and have been disappointed by the high price and lack of coverage.

Hep C is a silent disease, slowly damaging the liver over decades. As time passes and the immune system weakens with age, the effects start to show: advanced liver failure, requiring serious treatment and often transplant.

Many Baby Boomers were exposed in their youth—bad hospital practices (needle reuse), or just the swinging sixties. The result is that they are all now approaching an age where advanced liver disease is a real risk. It’s recommended all boomers get tested for Hep C so they can start treatment before it hits that point.

If you’re still waiting for access to the cure, support your immune system so it can do its best to fight off the Hep C virus in the meantime. Eat well, sleep enough, and supplement with colloidal silver!

What are your thoughts on the drama around the Hepatitis C cure?