…At least according to a ruling on “preventative” use of antibiotics in livestock made by the second circuit court at the end of July. It overturned a ruling that mandated the FDA hold hearings that would force the industry to prove the practice was safe.

Presumably, they would not have been able to prove any such thing, since there’s an overwhelming amount of evidence that overusing antibiotics in livestock (adding small amounts to feed to prevent illness, rather than treating illnesses that appear) contributes drastically to antibiotic resistance and the rise of superbugs. (Hospitals and nursing homes also use antibiotics preventatively, growing their own superbugs).

While there is hope—areas that ban the overuse of antibiotics for livestock see a disappearance of superbugs like MRSA—the ruling is a huge setback as it means the US won’t be making any such progress in the near future.

For now, you can write your representatives and vote with your dollar to support antibiotic (and hormone) free meat.

A World Without Antibiotics?

We’re on a countdown of about a decade before antibiotics become useless. It’ not just about developing stronger strains, because the strongest strains are already more than most people can handle. Research is focused on alternatives: vaccinating, virus based antibiotics, etc. There could very well be a breakthrough, but if not, we’re looking at a world where a tonsil or appendix removal is life-threatening (and nevermind more invasive surgeries, like open heart surgery).

The biggest thing now is prevention. It’s actually really simple: frequent hand washing, staying home when sick, coughing & sneezing into your elbow, and of course, taking care of your own health. Sleeping, eating well, exercising, and generally supporting your immune system are all good practices to have.

What do you think about antibiotic use for animals? Vet prescribed only, or a free-for-all? 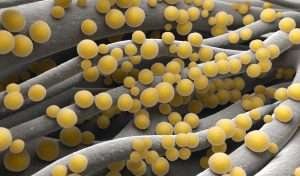