Fight Back Against Biofilms with Colloidal Silver 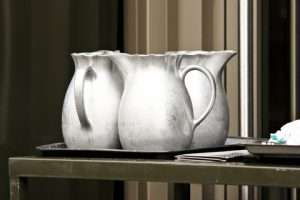 All over the world, nano silver is researched as a possible alternative to antibiotics. One related discovery? Silver nanoparticles are particularly effective against the types of bacteria that form biofilms.

Bacteria that are able to form biofilms are harder to kill and fight (like staph). They’re also more likely to develop antibiotic resistance (thus, MRSA, or Methicillin resistant staphylococcus aureus). In the study, both were tested against silver nanoparticles.Quasi-silver shaped silver nanoparticles showed significant antibiofilm activity, while being non-toxic to other cells. In other words, it’s worth a lot of further research into how it might help counter antibiotic resistance, and defeat some of our toughest, most common bacteria.

Silver’s antimicrobial properties are all the rage. It’s woven into trendy cleaning products, paints, and anything else that wants to be able to advertise as “self-cleaning” or as having pathogen-busting properties (silver doesn’t just kill bacteria, it attacks viruses, small parasites, fungi/yeast, and more). It’s even an active ingredient in some very expensive medicines.

And silver has been around, with a traditional use to fight bacteria (in the form of milk spoilage and diseases it’s repudiated to fight) for hundreds of years in the form of colloidal silver. As a supplement, colloidal silver helps to support the immune system (either daily, or as an as-needed boost).

Colloidal silver is made up of pure, non-ionic silver nanoparticles suspended in distilled water. While ionic silver is cheap and popular, it doesn’t work as well as true, pure colloidal silver, especially as a supplement. A colloid is a suspension; you can identify colloidal silver by the color as the suspended silver particles will reflect light (and with a low percentage of ions, you’ll see a deeper color). Ionic silver is silver dissolved in water, making it a clear solution. Just like ionic silver reacts to water by dissolving, it quickly reacts inside the body and not only isn’t as useful (with less cellular reach), but may accumulate! Always stick with real colloidal silver.