Dentists May Soon Be Fighting Cavities With Nano Silver!

The University of Maryland has come up with a new dental filling: it’s mercury free, and they say it could help regrow enamel while preventing further infection! What’s it made out of? Calcium and nano silver!

The filling is actually three parts: a mouthwash prep, the filling, and filling cement. Each part involves using nano silver to fight bacteria, which is the leading cause of failed fillings (when leftover bacteria gets trapped and causes more problems). The presence of calcium is meant to help the tooth naturally regrow layers of enamel. Bonus: the filling will likely last longer than the current standard of 5-10 years.

The silver nanoparticles kill the bacteria by getting down to their level and attaching to their cell walls like a key with a perfect fit. This physical breach allows external matter to get inside, which disrupts the internal functions of the cell, eventually killing the bacterium. It’s worth a mention that nanosilver can’t do this to human cells!

Cavities are caused by acids, which cause tiny dents in teeth to develop, and bacteria, which take up residence in those dents and cause infection which prevents the body (mostly your saliva) from naturally refilling the cavity. Sugar comes into play as it feeds the bacteria and encourages their growth, but is not the first step of cavities.

The bacteria in your mouth is actually good bacteria when it hits your GI Tract—but when you eat foods like yogurt, milk, and other foods a bit of the bacteria gets left behind, and can cause problems.

Nano silver has been shown in labs to kill every type of bacteria or virus it has been tested against. For this new dental filling, initial work on the project involved sampling bacteria from people’s mouths and growing it in a petri dish then testing the nano silver against it—the silver, of course, killed the bacteria.

People who are prone to cavities are likely to have a genetic predisposition to not naturally replacing the eroding tooth enamel; the best way to fight cavities is:

Can’t get on the waiting list for this new filling? You can always support your saliva production by drinking plenty of water & taking a calcium supplement.

Any readers in the north east going to try and get in on the study for their next filling? 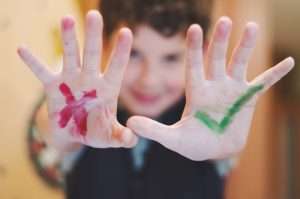 Is It Safe to Take Colloidal Silver Everyday? 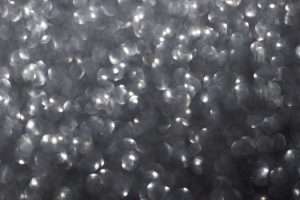 What Is Colloidal Silver?