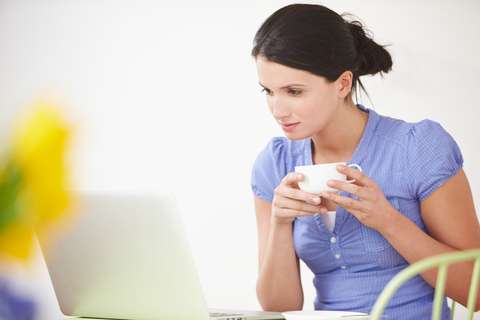 A survey has revealed that a concerning number of Americans don’t know the fundamental basics about the Zika virus—spring is warming the ground, and mosquitoes are becoming awake and active up and across the US.

So read up about the fundamentals of Zika virus. Then share this article with a friend.

How do you get Zika virus?

Mostly by mosquitoes. The main mosquito carrying the virus is limited to tropical climates, which include the US south, Hawaii, and possibly the SouthWest.

But that’s not all.

Lab tests (and some early unconfirmed reports) say that much more common mosquitoes are able to carry Zika virus—so no one should assume they live out of reach.

Zika can be sexually transmitted. This is an Extra-Huge-Headline making deal because one of the more serious effects of Zika is that it causes microcephaly (small heads) in babies. It’s an issue or any man thinking of trying to conceive, or having relations with a possibly pregnant or obviously pregnant woman.

Warnings have mostly been focused on women, since getting bit then sick while pregnant has been the obvious source of Zika/microcephaly. But men who’ve had Zika could be contagious via their sperm for 6 months (or more! But 6 months is the standard estimate—Ebola is another disease that lingers in sperm (and eyes!) for at least 6 months).

Women are advised to wait at least one cycle before trying to conceive after a Zika infection. Edit: A new case has been published showing that Zika can stay in the bloodstream for weeks to months after the infection, and that pregnancy may contribute to it lasting longer (giving the virus a place where it can continue to replicate).

There May Be No Symptoms!

One of the reasons Zika is spreading faster than other tropical mosquito diseases like Dengue, Yellow Fever, and Chikungunya is that, severe symptoms aside, people with a healthy immune system may not (or barely) feel sick. It’s easy to travel and spread infection when you feel healthy!

Pregnant women who travel are now being screened by their doctors for Zika, even if they didn’t notice any illness. And everyone is being warned to be extra cautious about bug spray—you may not realize your area is carrying it if no one is coming down with symptoms (as opposed to the painful/flashy symptoms of Dengue, Yellow Fever, and Chikungunya—you won’t be traveling with those).

Men Need to Worry About Severe Symptoms, Too

Microcephaly is heartbreaking, and rightly headline hogging. But men, children, the elderly, and anyone with a weakened immune system is at risk of Guillain-Barre Syndrome, a potentially debilitating disease triggered by Zika virus. Just because most people can handle it, you never know who’s ready to be tipped over into severe symptoms.

Preventing Zika is Up to You!

County by county, there’s a very wide range of mosquito prevention going on. And a county that’s going above and beyond with airplane spraying and public awareness campaigns may easily be near one that is doing little to nothing. As a whole, we aren’t ready for Zika.

What you already know about fighting mosquitoes has more to do with preventing West Nile Virus and the mosquito that carries it (which is still an issue, by the way, even if funding and headlines have let attention for it lapse).

The main (tropical) mosquito carrying Zika lives and survives alongside humans fantastically well. Those counties with fancy prevention techniques? None of that matters to this mosquito. It can live inside, outside, in extreme conditions, and just a small amount of water.

Everyone needs to be vigilant around their own property, watching for still water and mosquitoes cropping up.

Pack on the bugspray. Keep your home and surrounding land clear of mosquitoes.

And keep your immune system strong. Zika has the potential to be a public health emergency (it already is in many places). It’s not the time to lapse on your diet, exercise, or to forget quality sleep.

And you can add an extra layer of immune support with colloidal silver.