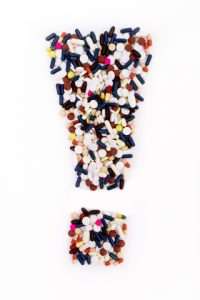 In 2017, it became hard to not know about antibiotic resistance—because that’s when we hit a tipping point, and antibiotic resistant bacteria strains started to become almost impossible to treat as the last line of antibiotics fell to genetic mutations in the bacteria.

But it’s not just bacteria that are mutating against the drugs that treat them, it’s fungi, too.

Welcome to the global antifungal resistance problem, which you probably haven’t heard of before, and is already at its tipping point.

First, how did we get here? Like antibiotics, which are multi-use (treating humans, treating livestock, and, unfortunately, used preventatively in livestock) antifungals are also multiuse: farmers spray them on crops to prevent fungi from growing. Fungi are in the air all around us, ever present, so while prevention may be a serious concern, it’s natural that this overuse of antifungals has lead to many fungi becoming antifungal resistant.

In humans, fungal infections are usually rare, mostly impacting people with weakened immune systems. But they’re hard to treat, and antifungals are serious business, already offering symptoms as bad or worse than the fungal infection (but necessary). Antifungal resistance makes the problem worse, requiring strong drugs (or not falling to any), and stronger reactions as patients are treated.

One category of immune compromised people, hospital patients, are most at risk. A standard cleaning of a hospital room, which includes anti-fungal measures, is no longer killing certain fungi. Candida auris is one such example. In hospitals all over the globe, it’s putting ICUs at risk as it resists decontamination efforts.

What can you do? Try and keep your immune system strong with healthy habits, and extra support from supplements like colloidal silver. Don’t overuse antibiotics (which can clear out protective bacteria, leaving room for a fungal infection), and treat any infection promptly. In other words, don’t let a sinus infection or an ear infection simmer into something more serious, like a fungal infection. You can clear out the wet, germy conditions in your face when you’re suffering a cold or allergies with our Sinus Flooding Kit.

With all these drugs failing to treat basic health problems, maybe this is the time when colloidal silver will have its day again. That used to be its job, so it might be time to pull it out of retirement!