Is IBD A Viral Infection? 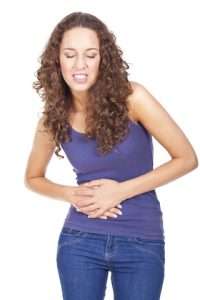 New research may change how we think about, and doctors treat, Irritable Bowel Disease (which includes Crohn’s Disease and other types of colitis).

Currently, IBD is regarded as an autoimmune disorder, and treatment can vary from strict dietary changes to removing part of the bowel.

But if this new research shows IBD to be viral, easier, safer treatment options may soon be standard.

In the last few years, medical researchers interest in our gut—which hosts a wide array of bacteria, and sometimes viruses and even fungi—has exploded. They’ve discovered connections to weight loss, brain activity, and many other surprising areas of our health.

Recent research has found what is probably a key difference in people who suffer from irritable bowel disease, and people who have a healthy gut—the presence of viruses.

These viruses aren’t anything familiar like a cold, they’re new to scientists, who are still studying them. So we don’t know whether they actually are causing, or caused by, IBD. Personally, I’d bet on the former. Autoimmune means the body is freaking out and attacking itself—so it’s not a far stretch to imagine that maybe it’s attacking these relatively unknown viruses, and we missed the signs and mislabelled it as random and autoimmune.

How do you have a healthy gut biome?

You get your first set of bacteria from your mother. If you were lucky enough to have a vaginal delivery, you get a set of bacteria pretty close to what makes up a healthy set of probiotics (good gut bacteria). Cesarean babies, study have shown, may be more prone to obesity later in childhood because they get their bacteria from skin (and, likely, to the OR). This collection isn’t necessarily good bacteria, and may include other pathogens like MRSA.

But you’re not set for life—how you eat plays a big role. Changing your diet—in childhood or later in life—will change your gut bacteria. You can probably guess what types of food support a healthy colony of good bacteria—fruits, veggies, lean proteins, etc. In fact, there’s a whole category of food, called prebiotics, which specifically support probiotics. It includes things like garlic and onion (no surprise, both are traditionally tied to better digestion!).

It’s part of how a healthy diet leads you to have more energy, optimism, and cravings for healthy food—not only is your digestion changing, but the signals to your brain are, as well. It can take days to weeks to months to make a change using diet, depending on the state of things.

You can support a healthy gut, or speed along a change by taking a probiotic supplement. It’s loaded with good bacteria to help get your gut going in the right direction. Good bacteria may fight off, or at least crowd out, the less desirable pathogens.

You can also support your immune system with colloidal silver. 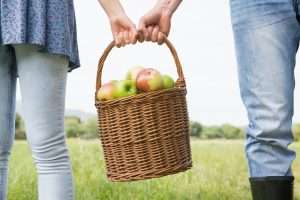