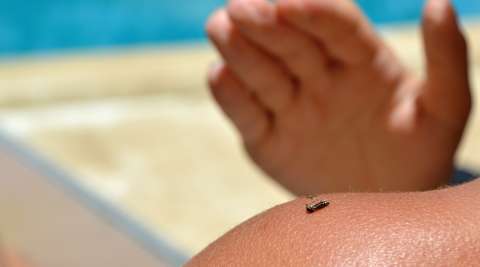 Zika’s been pushed out of the headlines by candy, fall safety tips, and bigger news unrelated to your health. But the problem of Zika is far from over. Here’s what you should know:

If you like to fly South during the winter, think again. Where it’s warm, mosquitoes are still active, and in many popular destinations they’re riddled with Zika. Puerto Rico has one of the worst outbreaks going because the climate and existing mosquitoes are the perfect conditions for Zika.

While Zika symptoms are mild or non-existent for healthy people with strong immune systems, that’s not the full picture. Healthy young people who might have plans to reproduce eventually are at a huge risk, with worse news coming out about the reproductive effects pretty regularly. While early reports focused on Zika and early pregnancy, we now know that it can affect the brain all the way into babyhood (Zika like developing brain tissue, and may even affect the more flexible regions of adult brains responsible for learning).

We also now know that Zika has a lasting effect on testicles, so it’s not just women who are at risk. Not only can the virus linger for months after the rest of the body has cleared it, but in mice Zika actually causes considerable cellular damage, even shrinking the testicles. (Which likely has health impacts far beyond reproduction!).

If you’re past your childbearing years, the downside is that your immune system is starting to naturally weaken with age. While the symptoms of Zika are mild and of short duration, for a few people, the virus sets of a cascade of immune problems, and can even trigger the paralyzing autoimmune disease Guillain-Barre.

And here’s more bad news: you may have noticed that pumpkins collapsed in on themselves a lot faster this October. These record-breaking high temperatures aren’t going to cull mosquito eggs naturally; warm winters mean worse summers for pests like mosquitoes and ticks, and as longer warm seasons spread north more parts of the US are at risk for getting the Aedes aegypti mosquito that carries Zika (and Dengue and other tropical viruses).

Here’s the good news: it’s winter. There’s time to prepare. Clear any standing water (even freezing), patch up holes around the house, and pick out a safe mosquito killer for indoors (bedroom in particular, since that’s where they like to hang out).

You can also support your immune system year round with colloidal silver. Whether you’re wintering at home (it’s cold and flu season!) or aren’t letting the tiny pests stop your vacation, have some on hand!