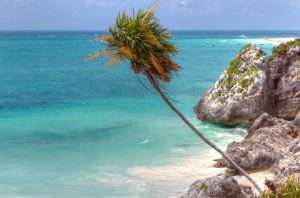 Cholera isn’t dead—we first worlders just think if it that way because we have clean living conditions. In the third world, however, that’s not the case. Houses on rivers that are downstream if cities, crowded living conditions, and poor public sanitation can lead to a cholera outbreak.

Cholera is like a worse norovirus—except it’s a bacteria. But like norovirus, it causes massive, violent expulsion of fluids from the GI tract—only much, much worse. Cholera leads to dehydration to the point of death.

Luckily, cholera is easy to treat, it’s just hard to get that information to the people most likely to be affected by it. You have to sanitize your water before using it, and make an intense electrolyte formula for anyone who gets sick.

Currently, there’s an outbreak in Mexico. Despite being easy to treat, cholera is so virulent that it’s not unusual for it to spiral into a massive outbreak.

How is it being handled? Colloidal silver! (A huge public information campaign has been paired with the door-to-door delivery of oral serum (I presume a nutrient/electrolyte formula), colloidal silver (to help get rid of the infection, I presume), and chlorine to treat their water.

While you’ll still get a nose up reaction from many people in the US when colloidal silver is mentioned (despite it’s increased use in hospitals to keep medical devices sterile and stop the spread of disease between doctors and patients), poorer countries who still face life threatening diseases like cholera can’t afford to be picky (especially when there’s no sound reason for it!).

The tide will have to turn on popular opinion. Although there’s talk of a virus based replacement for current antibiotics, it is not moving fast enough for the current time-table of when antibiotics will become more or less useless. I hope people don’t remain stubborn about colloidal silver. After all, I’ve never heard of someone who tried it and didn’t benefit!