Preparing for Zika This Summer 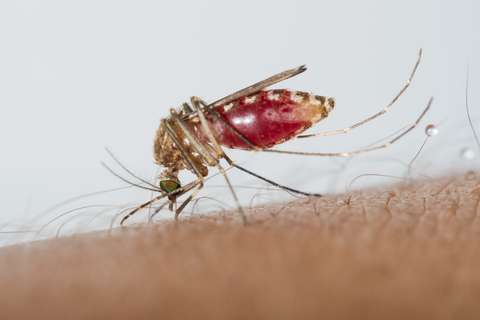 As the US warms up, regions who could harbor the Zika carrying mosquito Aedes aegypti are getting ready for the possibility of Zika.

While headlines are no longer flooded with the words “Zika outbreak”, that’s mostly because Zika is related to viruses that grant immunity, meaning you only get them once. So while people native to regions that had outbreaks last year have made it through, travelers haven’t. In fact, travelers are at the biggest risk, and the most likely source or any future US outbreak.

Analyzing data from last year, Zika was in the US long before it was detected. There were between 4 and 40 introductions starting as early as March, before Zika was finally detected in July. This year, at risk regions have generated plans to help with early detection and campaigns to raise awareness about Zika.

If you’re traveling, pretty much all of the Caribbean, Central America, and South America have Zika circulating, with some zones being worse than others. Remember, locals who went through an outbreak will have developed immunity, so don’t base decisions off current outbreak headlines.

For those with weakened immune systems (especially pregnant women, who are at a high risk of transferring Zika to their baby who could then develop severe complications including microcephaly), Florida and Hawaii should also be considered risky destinations as they have the perfect conditions or Aedes aegypti. And while mosquitoes are the primary source of Zika transmission, men can also transmit it as an STI. Because of the body parts infected (like testicles) Zika might remain for life even after the infection subsides.

What should travelers watch out for? Aedes aegypti mosquitoes have lived alongside humans for a long time, and have evolved to live inside the home (especially in bedrooms). They’re also very sturdy; they only need a very small amount of water to reproduce and can survive a ride in a suitcase back home. Many who get Zika show no symptoms, some only show mild symptoms like rashes, fever, and red eyes.

If you have a strong immune system, Zika isn’t a huge deal. Those who need to worry are the those with weakened immune systems, in particular the very young, pregnant (or planning it), and the very old. In high risk areas like New York, public service announcements will be targeting pregnant women and couples planning children with similar information about traveling to Zika infected regions.

Those who are low-risk and still planning to travel can get some extra immune support to take
with them from colloidal silver. Pack it with you and keep the daily support with you while you’re out.

What do you think about Zika? Leave us a comment: