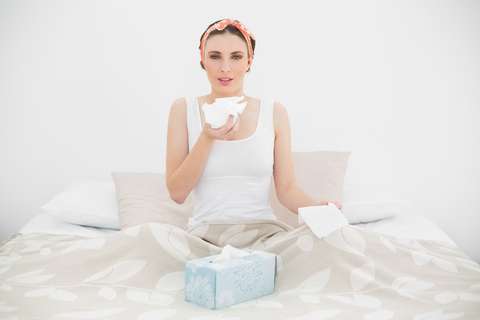 Flu season is still going and spreading. It’s estimated that it’s peaking right now (which would be good, since then the end is in sight). So we all need to keep up good flu precautions, like washing hands frequently (before eating, after the bathroom, after going out, and frequently while preparing food), resting if we need it, de-stressing, and maybe adding in a little extra immune support like colloidal silver.

The WHO has another job for us, too, and it’s to watch and prepare for avian flu.

Flu scientists and researchers have been on tenterhooks waiting for a flu mutation that leads to another flu pandemic because there are so many hot pockets where it could happen any time now. Swine flu, bird flu, and versions that exist in seals, dogs, and other animals intersect all over the place. That means scientists are watching for gene sharing, and specifically watching for the human-to-human transmission of swine flu to mix with the virulence of bird flu.

Since December, China has seen an uptick in human cases of H7N9 bird flu, and haven’t ruled out mild human-to-human transmission. What’s good is that globally, we saw our weaknesses in the face of an epidemic with things like ebola, zika, and other near-pandemic viruses. Obviously, things aren’t too bad because ebola got shut down quickly (even if it’s still simmering out there), but organizations and countries are working together so that the next possible pandemic will be shut down even more quickly!

What you can do is really, really simple, and super effective: take care of yourself, and use common sense. All that stuff that you’re already doing for regular old flu season? It’s a huge deal: hand-washing alone is super effective against the flu and other diseases (just make sure you’re giving it about 20 seconds). Drinking plenty of water, resting, taking a step back (literally) from obviously sick people adds up in a huge way. And don’t kiss pet animals (seriously, this is one of the main sources of transmission for weird, dangerous diseases in the US). If you’ve read this far, you’re likely already fairly prepared. Now just spread the word.

Remember that if you want a little extra support, you can use colloidal silver to support your immune system. A little each day, or a boost when you’re starting to feel ill, might be just what you need.