Watch Where Your Seafood Comes From 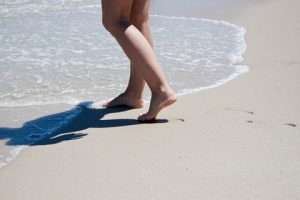 Right now, beach-goers are being warned to steer clear of Florida’s beaches, especially in the north, where there are unsafe levels of the flesh-eating bacteria Vibrio vulnificus. The bacteria may also be on seafood from Florida, which you should NOT be eating raw (this means oysters and sushi).

It’s not an uncommon summer outbreak—heat causes the bacteria to grow—but this year there have been more infections than usual.

Symptoms of the bacteria include vomiting, diarrhea, and stomach pains are all best-case symptoms. Worst case? Fever, chills, a drop in blood pressure, and skin lesions. And if the bacteria makes it to the blood stream, it’s often deadly.

While it’s in everyone’s best interest to avoid the water entirely, the state is only issuing warnings, not actual bans. And before you think you’re local beach is safe, keep in mind that the majority of beaches in Florida aren’t tested (for this or other diseases).

Who’s most at risk? As with other diseases and outbreaks, people with weakened immune systems, and in this instance, ESPECIALLY people who have immune systems weakened by a chronic liver disease like Hep C. Anyone in this category shouldn’t swim, and shouldn’t take the risk of eating raw seafood caught off the Florida coast.

You should also stay out of the water if you have an open wound—even a small one, like a hangnail. The disease is a SKIN disease, remember, but it’s also most deadly if it gets into your bloodstream, and an open wound (again, even a small one) is the perfect vehicle.

For everyone else, if you can’t live without seafood, or your planned beach vacay, shore up your immune system by supporting it with colloidal silver (as well as good nutrition, rest, relaxing, etc.).

Worth the risk? Let us know if you’re willing to live dangerously this summer!