What You Should Know About Sunburn 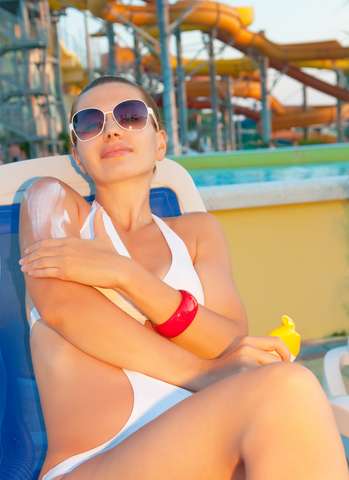 You don’t have to be outside very long to be at risk of sunburn, and it doesn’t matter too much where you live, what your skin color is, or even what time of year it is. Sunburns have long-term health consequences, and can happen to anyone, anywhere, so be sure to know how to prevent sunburns, and to forget some of the old wive’s tales that have grown around them!

One thing to put out there right away: wear sunglasses! Your eyes can get “sunburned” too, and even develop melanomas!

Sunburn used to be a good indicator of skin cancer risk, and that’s still mostly true, but this year, there’s one big caveat: some sunscreens will only protect you from sunburn, but not skin damage!

How? Well, first the why: now that most people know about how sunburn is associated with an increased risk of skin cancer, some companies have figured out that’s all they need to do with their product, signal it works by preventing sunburn. It’s mostly UVB radiation that causes sunburn, while UVA radiation (which can cause sunburn, but is less likely to) is penetrating deep to cause long-term skin damage. If you’re not wearing sunscreen, a sunburn indicates you got too much sun, and probably got some long-term skin damage as well. But if you’re wearing a sunscreen that’s cheating on it’s claims and ingredients? You might not get a sunburn, but still unknowingly pick up some damage!

The first step to reducing skin cancer risk is picking a good sunscreen. According to Consumer Reports, one of the cheap but effective brands for 2018 is Trader Joe’s, but there are others—just check them against Consumer Reports, and don’t trust the labels.

Then make sure you’re caught up on the truths behind some urban legends:

-A base tan won’t protect you. In fact, any visible skin change indicates damage. You can even be sunburned without turning red (everyone has different skin types, after all!). Early or alternative signs of skin burn include skin feeling hot, tender, or tight, a feeling of thirst, or any other sun-caused skin change.

-Similarly, tanning beds are horrible for you, and no alternative to time outside. They’re still putting out UV radiation (they’re changing your skin, after all!). If you want to be tan, find a good fake.

-Temperature doesn’t indicate UV risks! Many people are more likely to get sunburned in the evening, just because they think the risk is passed. Even during cold weather, sunburn or skin (and eye!) damage risk is there, and there are other factors besides heat, like reflection off water, snow, or clouds.

To prevent sunburn, make sunscreen a year-round, every day habit. It’s easier if you buy lotions with sunscreen as an ingredient.

When you’re spending time outside, make sure to use a generous amount of sunscreen, and to reapply at least every two hours (more if you’re sweating or swimming).

If you do get sunburned, treat any severe burn immediately with something cool. Then use skin supporting balms, which might include ingredients like aloe, coconut oil, or colloidal silver.

One good option (with all those and more) is colloidal silver topical cream. Silver has a long history of use for healing skin wounds, and is even used in many OTC treatments in a diluted, inferior, and somehow more expensive form.