Zika: The Monster Under Your Bed 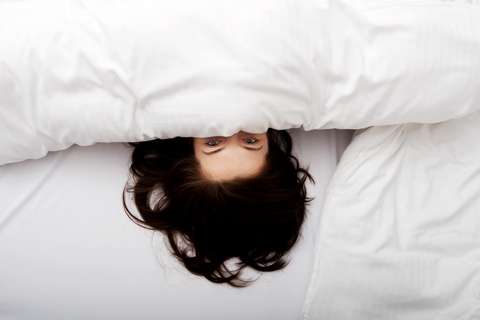 Experts agree, Zika is coming. Raising awareness, disseminating information about the mosquito, and aggressively fighting it are health priority one.

But, a lot of people aren’t taking Zika seriously. It’s a mild disease for most people, and only 1 in 3 develop symptoms. The trouble is, when symptoms develop, things can quickly go from 0 to 60.

Women are dominating headlines, because Zika is a huge risk to unborn babies/fetuses. Microcephaly, cognitive impairment, blindness, and death are risks their babies face. So the advice is to stay out of Zika infected areas, and to be super proactive if you live in one.

But people who aren’t pregnant are kind of shrugging their shoulders, and here’s why they shouldn’t:

-Everyone is at risk of Guillain-Barre. Kids and men are at the highest risk, as well as seniors.

-We need to think of Zika as an STD once it gets here, because there’s an ongoing risk for potential fathers/partners to spread it. Here’s what should scare you: there aren’t a lot of diseases that hang around the testes, but the ones that come to mind aren’t well studied, and seem to last in the range of 6 months (a number only indicative of the few studies that have happened, not necessarily an accurate representation, and possibly a minimum). Right now, a lot of research is being done on this with regard to Ebola, since one thing reviving it is sexual transmission from male survivors.

For the 30 plus states with Aedes aegypti, those are some pretty serious risks that could have scary long-term consequences!

The Western Hemisphere is throwing lots of research into fighting Zika, pulling money from other diseases and looking to see if any of the medicine we already have will fight it.

Not taking it seriously yet? Here’s where things get scary if you’re in Aedes aegypti’s range:

The preferred breeding/hunting ground is your bedroom. This is a mosquito well adapted to living with humans—you’re not getting bit by it on dusk walks as much as it’s living right alongside you.

Screen doors and thorough cleaning will help. Then, go after a wider circle around your house—under patio furniture, anywhere water pools in your yard, anywhere you spend your time.

In Latin America, which has a head start on finding ways to fight Zika, they’re using the strong arm of their governments to spray in people’s homes and yards (ideally with sticky pesticides that kill bugs that land on walls). That’s going to be a very hard sell in America. Instead, we’re working out the effects of releasing sterile mosquitoes (something that’s worked really well in China).

And while our current mosquito control methods aren’t up to Zika, West Nile and nuisance mosquitoes are still a problem.

In addition to fighting mosquitoes, support your body fighting the virus. Take care of yourself, and get a boost from colloidal silver.

Are you following the spread of Zika?