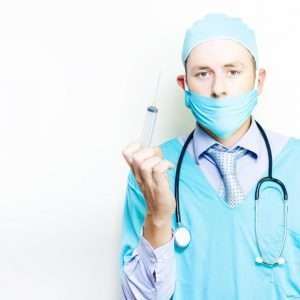 What was a small outbreak last week is all over the news this week: a common fungus contaminated several batches of preservative-free steroids, which, when shot directly into the spine, caused fungal meningitis (inflammation in tissue lining the brain). Last week, only 4 had died and only a few dozen were infected. Last week, only a few states were affected.

This week, the death toll goes up daily. Over a hundred have developed what is being called by some “spinal meningitis” (since that was the pathway to the brain), and a recall has expanded beyond the initial batches of steroids to other common medications, including epidurals.

This week, people all over the nation who have received a shot into their spinal fluid are checking with their doctor about whether it was from a recalled batch, and whether the have early meningitis symptoms. This week, thousands of people are at risk for spinal meningitis.

It’s a scary scenario: although the fungus is easily beaten by antifungal medications (although the side-effects are nasty) giving it a path directly to the brain multiples the severity of the situation for those who caught spinal meningitis.

What’s worse, many early patients were treated for bacterial meningitis. If they were given traditional antibiotics (which are fungus based), it’s no wonder many of them deteriorated as rapidly as they did (though kudos to the smart doctors who checked for other pathogens).

If you think you’re at risk for spinal meningitis, call the doctor’s office where you received the medication, and watch for these meningitis symptoms:

Since spinal meningitis symptoms aren’t very distinct, it’s more important to talk with your doctor about whether you received a medication that was recalled. It’s also important to have someone you see daily watch for symptoms: most people can’t diagnose their own change in personality.

What are your thoughts on the outbreak? Is it an unavoidable accident? Or do we need more regulation?