Are US Hospitals Ready For Ebola? 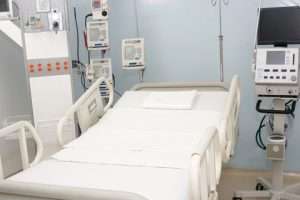 Yes and no. We’ve got the equipment. The procedures are written out. But can we follow them?

In California, no less than 8 hospitals were fined for errors that were likely to cause injury or death. And smaller facilities aren’t any better—many go years without inspection, and get fairly lapse in the meantime.

So what can you do? Well, not compare hospitals online. Just this month, Feds removed a list allowing consumers to compare major mistakes made at hospitals—this included major “hospital acquired conditions” (HACs) like when a surgeon leaves a sponge inside, they give you the wrong blood type, or you acquire an infection (like from a catheter—MRSA, a type of Hospital Acquired Infection (HAI) is still being reported).

There’s been huge efforts lately to reduce Hospital Acquired Infections—because in most cases, they’re very preventable—it’s just hard to maintain routines that prevent disease transmission. For example, without hospital pressure like cameras, sensors, and routine reminders, doctors are really bad at washing their hands between patients (I know it sucks for them, because their hands dry out to the point of cracking and peeling, but it’s a big huge factor in preventing the spread of MRSA—or, you know, Ebola).

Hospitals will be essential if we are going to manage to quarantine Ebola if/when it arrives here, but the odds of a misstep are pretty high.

People in California—where a patient is currently being held and tested for Ebola—were upset when they learned they’d been discharged from the very same hospital with no word they’d been in the same building as a possible Ebola case. Not very reassuringly, 2 hospitals of the same brand (Kaiser) were included in fines dished out by the state.

What are your thoughts on hospitals and a potential Ebola outbreak? Do you have the bunker ready?