The Pros and Cons of Genetically Modified Foods

The promises that come with genetically modified organisms (GMO) include ending world hunger by providing crops that grow bigger, faster, and can be harvested more times in a season, as well as withstand stronger pesticides and other chemicals so that they can be sprayed freely over crops, killing weeds and preventing bugs from eating them, allowing, presumably, for less labor-intensive farming. Yet there are still many who criticize the growing use of GMOs. There are three realms of criticism concerning social politics, the environment, and health.

Those who fight against GMOs for social reasons are generally concerned about poor farmers in third world countries. The model regarding sales of GMO seeds to farmers in poor regions has been criticized as exploitative, and is being attributed to a sharp rise in farmer suicides. If you are concerned about the politics of farming, fair-trade products are often organic food, and offer farmers a fair wage. (Bonus: Even if you arenâ€™t into the politics of fair trade small sources like that often offer delicious treats like single source chocolate, which has a more complex flavor).

There are a number of concerns about the effects of introducing genetically modified seeds into the environment. The most commonly heard fear is that the seeds could become overly aggressive, taking over natural flora and destroying ecosystems (this is the reason many African countries, with their unique flora and fauna to protect, have refused aid offers of GMO seeds that would increase their food supply). The counter to this, according to the makers of GMO, are that GMO products are often designed to be unable to reproduce.

Organic farmers are concerned that neighboring fields of GMO crops might interfere with their own fields, either through contamination by seeds (anything under an organic food label cannot be derived from GMO), or by contamination through excessive use of chemicals. Further, some farmers contend that the creation of weed-killer resistant crops and the strong weed-killer counterpart are leading to the creation of â€œsuper weedsâ€.

For those who prefer organic food already, the use of herbicides and pesticides alone is unappealing. Criticisms against genetically modified foods go further, however, alleging that testing is selective, not representing the outcomes where the food is mutated undesirably. For instance, genetically modified salmon is about to be approved, and has been specifically criticized with regards to testing (some of the salmon are said to have developed problems like having two heads). Another concern is that the salmon have â€œhigher level of growth hormone in their bloodstreamâ€. Ingestion of growth hormones in humans is tied to early onset puberty in children (with symptoms starting as young as 3 years) as well as an increased risk of cancer later in life. Another criticism pointed out in the news about genetically modified salmon is that certain types of gene splicing may lead to cancer in the consumer.

One last note that bears mentioning is regulation: when contrasted with the supplement industry, which is constantly under scrutiny, and constantly facing tighter regulations and laws (particularly regarding colloidal supplements), genetically modified foods donâ€™t have to label or disclose that theyâ€™ve been modified. What is particularly appalling is that there have been battles regarding labels stating or suggesting they are ANTI-GMO, or GMO free, as with Ben & Jerryâ€™s.

If you make your own food, rather than buying processed and pre-made and packaged foods, you probably arenâ€™t eating a lot of GMO. However, if you want to know how to avoid genetically modified food, here are some tips:

Currently, the four crops to watch out for are corn, soy, canola, and cottonseed, as found in their various derivatives in processed food. If you donâ€™t have time to prepare your own meals and snacks, look for certified organic foods and companies openly against including GMO in their products. Your produce aisle is generally a safe place to shop, although be wary of papaya, which is commonly farmed as GMO.

As far as meat and dairy are concerned, look for grass-fed sources, and eat organic foods when you can. Alternative dairy products are generally ok, while many alternative meats may come from GMO sources, so if you love veggie burgers, be sure to research the source.

Another general guideline: most bigger companies productâ€™s may contain genetically modified food. If you canâ€™t find an option labelled GMO free or as organic, try a lesser known brand.

Other things to avoid (which are probably bad for you for reasons other than being GMO anyway): artificial sweetener (aspartame) and high-fructose corn syrup.

For a handy shopping guide, these tips and more can be found at http://truefoodnow.org/shoppers-guide/ which offers both apps for your phone and a printable PDF.

Where do you stand?

Do you agree with the principals and science behind GMO? Would you rather the government delay approving it until further (independent) testing is done, or at least require disclosure regarding which foods are and arenâ€™t GMO? Or do you think genetically modified food products should be universally avoided, if not banned?

Let us know in the comments below! 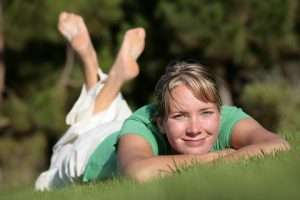 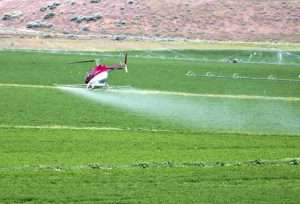 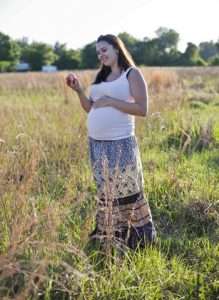 GMO Foods May Cause Problems With Pregnancy 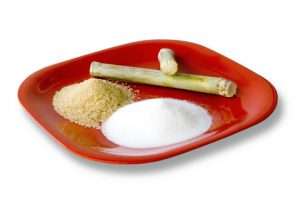 Artificial Sweetener In Your Organic Dinner? 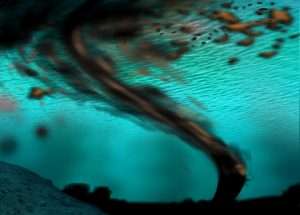 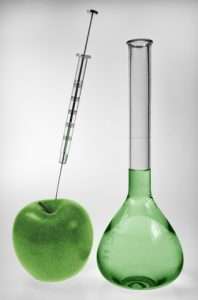