Blood Inflammation may be Behind Many Diseases 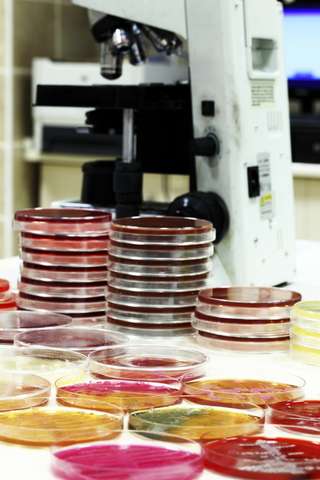 Following a hunch, researches have found a link between bacteria and diseases not traditionally associated with infection.

While our bodies are made up of more bacterial cells than human, not all of those bacteria are friendly. Some are triggered by normal changes in our blood (like the presence of iron) to produce a substance, lipopolysaccharides (LPS) that triggers inflammation. From there, the risk of having a stroke, heart attack, Alzheimer’s, diabetes, and other conditions goes up.

Now, there are some major bacteria that are well known for causing inflammation, like Lyme Disease. Untreated Lyme Disease causes inflammation in joints and organs (including the heart) and that can linger even after treatment.

But this new research indicates that some people might just be carriers for certain bacteria that are “undiscovered” or at least previously unassociated with these sorts of diseases.

While more research to strengthen correlations and feel out prevention and triggers is pending, it’s not hard to piece together what’s going on, and it’s that our probiotics, or good, supportive bacteria, are more important than ever.

Things that are good for you seem to have a more complex effect than you might think. Exercise helps keep the fat off and strengthens your heart, and eating well provides needed nutrients and the right amount of calories, but these good habits are doing something else, too: encouraging the growth of good bacteria.

Why are bacteria the key? Eating right and exercise are known to help prevent illness, but there are a handful of people who still have unexplained health problems (like weight issues) where the wrong sort of bacteria might be at play. Then, here are illnesses like Alzheimer’s where cause isn’t perfectly known, but good habits slow down disease progression without a black & white correlation. Could bacteria be influencing things?

Here’s the good news: as you can see, because good bacteria are associated with healthy eating and healthy activities (not just exercise but de-stressing), if you’re already making the good decisions you’re on your way to a healthy biome (on gut, skin, and beyond).

To close the gap a little more, try eating or taking probiotics and get known good bacteria into the mix. A good probiotic has a diverse range of cultures (not all yogurts and fermented foods are created equal!).

If you’re worried about fighting back inflammation, get a little extra immune support to help your body fight back. Colloidal silver is a great daily source of immune support.