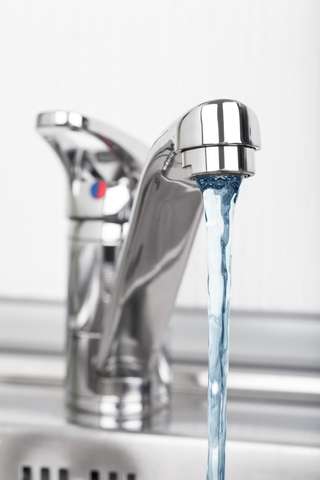 With all the water-supply reports out there, it might be time for a detox with Zeolite.

Lead has been a big headline this year, and it hasn’t been limited to just one city, it looks like there are many cities (mostly east of the Mississippi) that have too much lead.

But there’s something else that’s in tap water in many places: polyfluoroalkyl and perfluoroalkyl substances (PFASs). Used in all kinds of manufacturing, they are in lots of products that make life easier from non-stick cookware to firefighting foam. The big BUT: they never break down, so once they’re out there, they’re there. And they’re not easily removed from water, so water treatment plants that are any less than top-notch aren’t catching them.

They’re mostly found in industrial areas, or sometimes areas with a lot of military training. You can get a report from your city and check your local levels (of PFASs and other toxins). As for effects, lead, at least, is tested for in hospitals. PFASs are more silent, and since they’re considered carcinogenic, it might be years before the effects show up without the strong connection.

If you’re concerned, here are some steps you can take:

-Get a reverse-osmosis water filtration system set up for your drinking water. It’s one of the sure ways to remove not just PFASs, but other toxins like lead and will even catch some pharmaceuticals that are in drinking water.

-Cleanse, occasionally. I’m not talking about a fast. I mean actually do something to pull everything from heavy metals to free radicals to other toxins from the body: Zeolite. Zeolite is a natural detoxifier you can add to your diet (rather than have to starve and miss out on needed nutrients).

-Support the organs that are working hard to detox you every day: your liver and kidneys. Everything that you eat, that absorbs through your skin, or that you incidentally drink gets dealt with by one or the other. Make sure to always drink lots of water and get lots of antioxidants (fruits and vegetables) in your diet for daily support. And, you can do a liver-specific cleanse with Liver DTX, or do daily liver support with Liver MGR. If you want kidney-specific support, try UriSys Ass’t.

-Make sure you’re putting nutrients in with whatever detox you do. Humic and Fulvic acid complement Zeolite well replenishing the bigger molecules, like calcium, that might get caught in the crossfire.