Beyond Water: Watch Your Lead Exposure 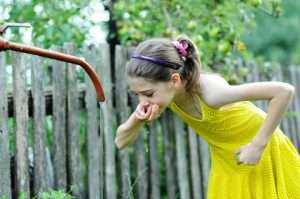 For years now, America’s lead problem has dominated headlines. Flint, MI, has had spot number one, but every city east of the Mississippi likely has a lead in water problem, as do many in the west. But research is indicating that lead might be a more widespread problem.

Guns and shooting ranges, for instance, are a good source of lead (especially if they’re poorly ventilated). Those who frequent shooting ranges are at a high risk for accumulating lead in their bodies thanks to the lead particles that come off every shot. Most people wouldn’t consider it a risk, but there have been incidents of lead poisoning related to gun range employees, as well as high lead blood levels among people who work with firearms.

One important factor here that shouldn’t be overlooked: the standard for blood levels of lead is getting better, which means that magic number is getting lower. So what constitutes a severe risk is a smaller amount, but experts on the effects of lead are saying that in some cases it may not be low enough.

Another unexpected source: food (especially fruit and vegetables) imported from developing countries with high levels of airborne pollution. They are covered with lead, and rumor is that elites in those countries are even avoiding them and finding food grown elsewhere.

And don’t forget the well-known sources: if you have an older house, have it inspected for lead paint and other fixtures with lead. If you like antiques, make sure they’re not covered in lead paint when you bring them into your home.

If you want to detox lead and other toxins from your body, try a safer cleanse with Zeolite. Unlike fasting cleanses and other crazy detoxes, it’s something you can add to your diet to pull large metals out. Formed from volcanic ash and ground water, Zeolite has a cage like structure that “catches” and removes toxins. It pairs well with Humic and Fulvic acid, which puts the good large particles like calcium back.

Share your thoughts on lead levels in the comments: