Love Nicotine? Here’s Why You Need To Support Your Immune System 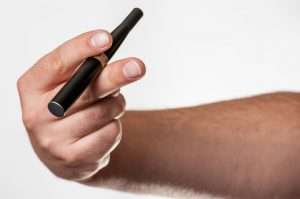 Whether you’re just changing with the times or looking for safer ways to get your fix, e-cigarettes are a much better alternative to regular cigarettes.

Why? Well, there’s no extra burned things, like paper (and whatever other additives) to spread carcinogens into your lungs. E-cigarette vapor is far “cleaner”.

But. E-cigarette vapor has been shown to weaken the immune system of mice, although it’s possible it’s the result of a glycerin additive, and not the nicotine/”natural” part of things.

(An aside: traditional use of tobacco was actually reserved for shaman, who used it to get one foot in the grave, so to speak, and take on their role. They’d go into the forest, take a large dose, bleed from several orifices, face death, then return to the tribe/village in touch with the spiritual side of things (if they survived). While there’s some evidence of smoking tents, where tobacco was burned in a bon fire and participants “hot boxed”, in today’s vernacular, that practice seems to have actually derived from European influence. Although I understand how it’s affecting brain chemistry, it’s still interesting to me that today’s tobacco use is still steeply soaked in ritual, even if it’s mundane ritual.)

Specifically, mice were more at risk for catching diseases like the flu and pneumonia, and more at risk for severe symptoms—including death. Traditional smoking carries similar risks and worse: risks for COPD, cancer, and more. So while it’s a better alternative, it’s not (currently) a risk free one.

Reducing the risk can be as simple as following good health practices during cold and flu season, like avoiding crowds, frequent hand washing, and resting when you’re sick. Immune system support is important too, because realistically, most Americans get minimal sick days, so exposure to respiratory illness is all but guaranteed.

Ideally, avoid nicotine use entirely. Humans love drugs (we probably cultivated them before food), but unlike alcohol, caffeine, marijuana, and a few others, no one has found a single positive thing that nicotine does for your health. If you really love it, e-cigarettes aren’t a bad choice (and you can feel good knowing that several groups are spreading funding out looking for researchers to come up with any reason they can to discredit them and remove them from the market).

If you want to quit, there are several ways to go—from supplemental forms of the drug, to changing mental habits. Pick what fits best with your personality, or try a mix of things. Changing ritual/breaking habits is a great way to ensure success—and cell phones offer a great tool to that end (being they’re a great distraction!).