Melatonin: So Much More Than A Sleep Aid

You probably associate melatonin as a sleep aid, after all, itâ€™s well known that melatonin plays a critical role in regulating humans circadian rhythms (it tells you when to go to sleep), but melatonin may be useful in treatment and prevention of many common diseases and aging, in fact, itâ€™s a pretty powerful antioxidant.

First, Melatonin As A Sleep Aid

Insomnia affects millions of people, and thereâ€™s tons of natural ways to improve your ability to sleep, one of which is ensuring that your room is dark, and turning off electronic (back-lit) devices well before bed. The reason darkness is beneficial is that it stimulates the pineal gland to produce melatonin.

If you arenâ€™t experiencing regular light/dark cycles, then your circadian rhythms are probably off, causing insomnia and frustration. Taking melatonin as a dietary supplement can help restore your circadian rhythm, but itâ€™s always best to balance treatment, no matter how natural, with life-style changes (in this case-turn those lights off!).

But Melatonin Is So Much More…

Sleeping in the dark is not just about preventing insomnia, some evidence indicates that women who sleep in rooms that have ambient light are more likely to get breast cancer, and this may be due to their lack of melatonin production (which is inhibited by the light). Why? Melatoninâ€™s role as an antioxidant includes protecting nuclear and mitochondrial DNA, meaning it reduces carcinogenâ€™s in the body, reducing the risk of cancer.

Further, when not stimulating your brain for sleep, melatonin roams the blood stream as an antioxidant, preventing the release of free radicals into the body.

Can I Get Melatonin From My Diet?

While melatonin is found in many foods, including cherries and rice, studies show that melatonin from food does not increase the amount melatonin found in the blood stream. For this reason, if you need more melatonin, itâ€™s best to get it from a supplement in a form designed to be readily absorbed.

Why Should I Take Melatonin?

Besides all the possibly health benefits? Melatonin production decreases with age. Itâ€™s a common misconception that the older people get the less sleep they need, one of the reasons older people sleep less is because they no longer have the melatonin levels they had when they were young.

So what? Again, besides the important role as antioxidant that melatonin provides, sleep in general is important for the rejuvenation of the body: rebuilding damaged cells, recharging the brain, etc. Lack of sleep can cause many problems, the least of which is increased aging.

What Else Should I Know?

However, things look good. Melatonin is safe up to 100-200mg daily, which is a lot of melatonin, and can be taken safely on a short-term basis (thereâ€™s not enough research for long-term safety, although anecdotally, it appears safe).

As far as side-effects caused by melatonin, they appear to be minimal to non-existent. Don’t take melatonin if you’re a woman trying to get pregnant, as it may mess with your hormone levels.

Has a doctor ever recommended melatonin supplementation to you or a loved one? What was it for? Have you noticed any other benefits of melatonin? 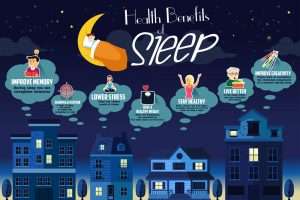