Get a Powerful Antioxidant from a Natural Source 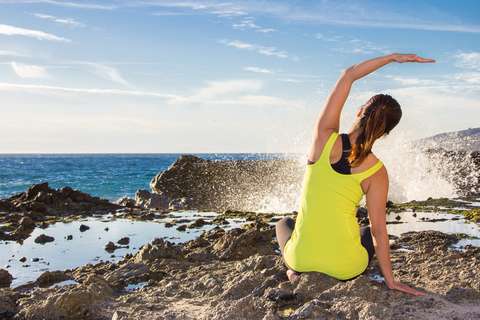 A variety of antioxidants are key to good health, but if you’re only eating apples, oranges, and bananas, you’re missing out on some really powerful antioxidants.

For instance, astaxanthin, a powerful antioxidant that can be found in seafood (and is responsible for the red color of some seafood). You can find astaxanthin in our Deep Ocean Krill Oil.

How powerful? Astaxanthin is thousands of times more powerful than Vitamin C, and hundreds of times more powerful than Vitamin E and CoQ10. Research has found that Astaxanthin is excellent at fighting inflammation, and even decreased a DNA damage biomarker. It was also shown to increase the immune response in humans by stimulating the production of several different immune cells! And on top of that, krill oil support gastric health.

Possibly the best source of astaxanthin is krill oil

It’s a natural way to get astaxanthin, as opposed to a processed supplement that is only astaxanthin and doesn’t have the other benefits of krill oil, like omega-3 fatty acids.

It’s a good replacement for fish oil. Not only does fish oil not have astaxanthin, it has to be processed with either antioxidants or a preservative because it’s not as stable as krill oil. Krill are at the bottom of the food chain, so there’s a purity that can’t be found in bigger fish and other seafood options (mercury and other toxins accumulate more and more as fish eat fish). And, krill are a more sustainable source of Omega-3 fatty acids that fish and other seafood that contains astaxanthin.

More sustainable? Yes, for a few reasons. First, our Deep Ocean Krill Oil is sustainably harvested, a difficult process which is overseen by the World Wildlife Fund Norway. On top of that, krill are super hardy. They have a short lifespan and reproduce very quickly, making it easy to let them regenerate (unlike many endangered species, which face problems from breeding to hatching/carrying to rearing young). Krill oil is a sustainable source of omega-3 fatty acids and astaxanthin.

If you haven’t already switched from fish oil or added the powerful antioxidant astaxanthin to your diet, start today with our Deep Ocean Krill Oil.