Environmental Toxins May Be Making You Fat 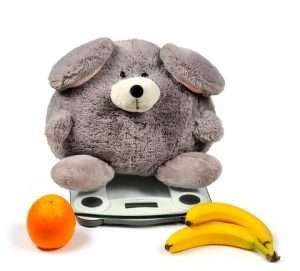 PFAs (perfluoroalkyl substances) are chemicals used to make many useful things… stain resistant carpets, non-stick pans, food packaging… but, according to a new study, they are correlated with gaining weight quickly, and losing weight slowly.

It might be that people with weight problems are exposed to PFAs more because they’re eating more food from packaging (which is often less healthy), but it’s pretty easy to believe it’s the PFAs fault.

PFAs are considered an environmental toxin by the EPA, but they’re used in many products, including fire retardant foam. Because they’re a very stable compound, they easily accumulate in the human body. And before this study on weight, there were plenty of other health concerns about PFAs along with probing research (which is almost always considered indefinite until many large studies are done to the point the conclusion is undeniable).

You can try and reduce the number of PFAs you’re exposed to each day by avoiding teflon pans, packaged foods, and by cleaning fabrics—on carpets, couches, and clothing—that come into your home. Children’s clothing and couches are made flame retardant for consumer’s own protection, but washing does slough off the chemicals. (A few years ago, the state of CA tried to reduce these flame retardant chemicals (on couches in particular) and had to fight against itself a bit—better to avoid long-term damage from chemical exposure, or increase fire safety?)

You can also do a detox to help catch and clear large compounds with Zeolite. Made when volcanic ash and groundwater mix, Zeolite has a large cage structure that pulls out larger compounds and elements. It’s a safer way to detox because you are adding to your diet, not fasting, and everything is passing out. Just be sure to add back in the large minerals that you need! (Humic and Fulvic minerals pair well with Zeolite for this purpose).