Being in Charge of How You Feel 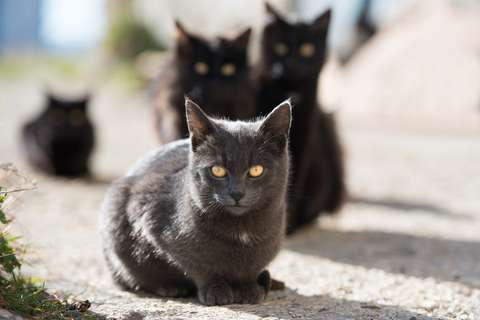 Road rage? Outbursts of anger? Depression? All might be brought on by infection with Toxoplasma gondii, the parasite associated with cats.

Between one in three and HALF of all people are thought to have a toxoplasmosis infection—so read up! The key to avoiding developing symptoms is a strong, healthy immune system!

Who’s at the most risk? Clearly, it’s a common parasite if so many people have it! Pregnant women can pass it to their unborn children (for whom it’s life threatening, and increases the risk of schizophrenia later in life). Cat owners get some risk from their litter boxes (which you can mitigate by cleaning frequently—like, daily—before cysts that were passed mature), and just from being around new kittens. More people have toxoplasmosis in the American Northeast, and it’s more common in warm climates where the parasite survives better.

And it’s not just cats: gardening (wear gloves!) and eating raw/undercooked meat can even transmit it (and you’re more likely to get it from the tasty free-range stuff, since they’re more likely to come into contact with mice/mouse poop).

There are physical symptoms that go with toxoplasmosis, but most people will never get them: flu-like aches and pains that last months, and if it progresses to severe symptoms, it can damage the brain and other organs, with particular focus on the eyes (blurriness, pain, and even lesions).

More common are mental symptoms, including increased anger and aggression, bipolar disorder, OCD, schizophrenia, severe/suicidal depression—and toxoplasmosis can even impair your natural reflexes. Carriers of the parasite are more likely to get in car accidents, and twice as likely to have some sort of mental health diagnosis. (Why? How? The most likely explanation is inflammation).

The way most people can have toxoplasmosis and not realize it is 1) they may never have been tested for it—after all, most people don’t jump to a complex diagnosis for someone who’s angry/unpleasant, and 2) having a strong, healthy immune system means that you can avoid having symptoms.

A strong immune system means eating right, exercising, sleeping enough… the basics. You’re immune system can be weakened by other infections, stress, injuries, and even age.

To help support you through things you can’t control, make sure you’ve got extra immune support, like with colloidal silver! Use it to support your immune system daily—because even if you’re healthy now, we’re exposed to so much every day, get a little bit older each day, and can always use that extra layer of support.