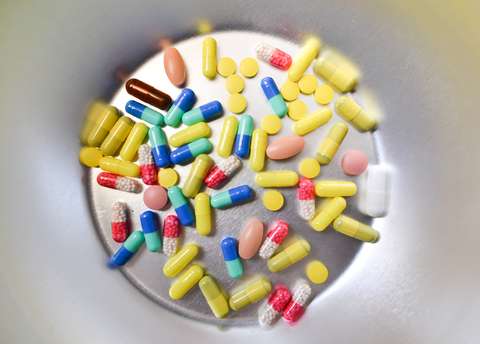 Over the next few months, researchers expect to find more antibiotic resistance in more strains of bacteria. It’s time to double down on prevention (like handwashing, safe food practices, and staying home when sick) and support (like immune support from colloidal silver, resting, and getting enough nutrition).

MCR-1, a gene that passes easily between different bacteria, has now been found in several countries—including the US, and now that we’re looking, we expect to see a lot more of it. MCR-1 causes resistance to one of our last line of defense antibiotics, one that’s reserved for the nastiest bacteria and comes with its own nasty side-effects.

Are we looking at a world without antibiotics? It’s a possibility—one where simple surgeries from tonsil removals to septum repair to appendectomies become intensely risky, and complicated surgeries like C-sections and even minor incisions to repair the heart or knee unfathomable.

What about new antibiotics? We’ve pushed the development strategies we know about as far as we can—that’s one of the reasons why the antibiotics that are reserved for the toughest bacteria are held back, the side-effects they cause are almost as bad as the disease they treat (drug-resistant tuberculosis is the poster child for this problem). There are heroes out there exploring the planet for new ideas, new lines of antibiotics. Rather than push fungal treatments that we already know about further, they’re looking at good bacteria, viruses, and exotic locations like caves and the depths of the oceans for pathogens that can stand up to the superbugs that are common among humans without harsh side-effects.

It’s also becoming more mainstream for food to be organic and not treated with antibiotics, which cause resistance. Major medical organizations are making actual effort (and not just paltry words) to stop overprescribing antibiotics (makes patients feel like doctors care, but can cause gastrointestinal problems and doesn’t do anything for very common viral infections).

What about silver? It’s in a weird place. A few years ago, there was lots of research being done—and it’s still out there, but post-ebola it’s not getting press. It is in hospitals and on the list of ingredients in a few places, but no one is hearing about it (or nano medicine in general!).

Of course, you still have access to the immune support of colloidal silver! And if predictions are accurate (and there isn’t some other breakthrough), taking care of yourself with basics like good diet, enough sleep, exercise, and daily immune support are about to become invaluable!