Is It Ionic Or Colloidal Silver? 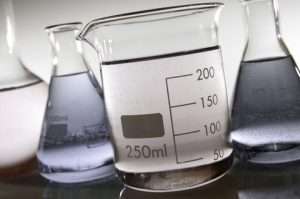 Makers and sellers of ionic silver love to sell it as colloidal silver. Ionic silver is cheaper to make—but is it as good?

In vivo studies say no. Ionic silver tends to linger outside of cells, its charge attracting it to phosphates in particular. Meanwhile, colloidal silver travels through cells, and as far as all studies indicate, safely out the body. That alone is a huge reason to never buy ionic.

But how do you know what you’re getting when so many ionic silver manufacturers try and deceive you?

Watch for these clues:

-The product is clear, rather than a dark gray-blue. Clear means it’s ionic silver, and was dissolved in water. A true colloid is a suspension—and you see those suspended particles as the color.

-There’s a lot of talk about dosage, and it’s in terms if drops. You know how I mentioned a study finding that ionic particles linger in the body? Yep, ionic silver has a higher risk of causing argyria, or skin discoloration. So anyone selling it is going to talk a lot about safe dosages, because they don’t want blue customers. (Although the risk is still small).

-…And they’re fixated on antioxidants. True colloidal silver is made up of uncharged particles, and antioxidant presence/absence shouldn’t matter.

-It comes in a glass jar. While I’m usually pro glass over plastic, in this case it has to do with ionic silver being too reactive for plastic—enough so to justify the increased cost of using glass (which is of course passed on to you).

Besides ionic silver, as a consumer you should know there are other fake colloidal silvers out there: silver salt (sometimes comes in packets to mix into your water—this stuff is even less safe!), and even one brand that has some convoluted silver compound (silver and some other element, I forget—but that changes the chemistry if what it can do a bunch! Whereas true colloidal silver has a long and safe history, and even many safe new studies).

Confused? Ask us in the comments!