MRSA is Getting Worse 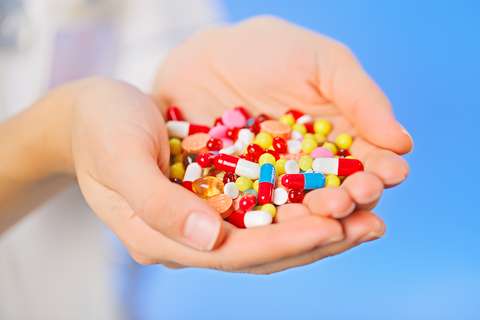 Most stories about MRSA are about how it’s spreading. A scraped knee outside your home, an outbreak at the school gym, nevermind the hospital horror stories you can find anywhere they’re reviewed or rated.

What’s even more urgent, is that it’s getting worse. Stronger. More virulent. People who already have MRSA (about 1 in 100) end up even more sick if it isn’t diagnosed before treatment.

First, how does antibiotic resistance work?

It’s an arms race. Bacteria vs. Antibacterials (particularly fungals, the antibiotics that replaced colloidal silver). Antibiotics don’t kill every bacterium, and the few that survive go on to breed new bacteria with the traits that will ensure their survival. So we develop new antibiotics. And a few bacteria survive. And we create new antibiotics…

…Until we’ve hit a point that we don’t really make/find new antibiotics, because it’s too hard, expensive, and time consuming.

Arms wars are “expensive”. When we stop over-using really intense antibiotics, bacteria back off on all the traits they’ve taken on to fight them, because they’re “costly” for the bacteria to maintain (usually they take more energy). So, there’s hope we can reverse the trend, and let the super MRSA we’re STILL pushing die off. And those changes are happening—more places are getting rid of the overuse/”preventative use” of antibiotics in agriculture (preventative meaning the cow might not get sick, but you’re getting a MRSA burger if it’s undercooked).

AND. And! Colloidal silver doesn’t seem to spark antibiotic resistance. It affects bacteria in a way they can’t survive against, or change their form against. At least according to the research to date. Since antibiotic resistance is a modern problem, we can be pretty confident that will continue to be true.

(Sidebar—why’d we stop using colloidal silver? The answer to this question is readily apparent once you understand how wealthy even the poorest person is compared to people 100+ years ago, and how efficient we’ve become as a society. It was expensive back then! And a lot of people were barely getting medical treatment compared to how it works today. And how it works today is a big, entrenched system, with a lot of problems—but now we’re getting off track. Suffice to say, at the time, it was cheaper, and made antibiotics available to many, many more people.)

How do we fight antibiotic resistance? Organic food—meat raised without antibiotics, produce grown without tons of chemicals (which produce super bugs and other plant problems). Being calm and informed when we visit the doctor (sinus infections, common this time of year, are hugely overtreated with antibiotics). And if you do need antibiotics, following the directions. Symptoms will stop before you’re cured—so don’t stop on your prescription. You’ll be leaving only the strongest bacteria to colonize you with superbugs (hello chronic sinus infections, being a MRSA carrier at the gym, and more!).

And don’t forget to colonize yourself with GOOD bacteria, AKA probiotics found in yogurt, kefir, and supplements!