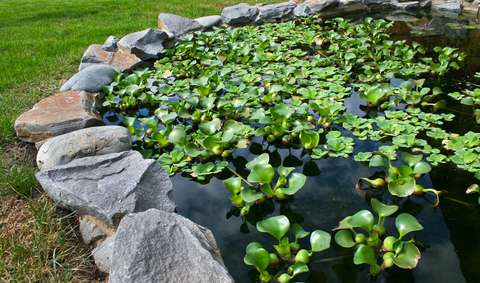 For most people, Zika virus is not a huge threat—but for those it does threaten, the stakes are high. Zika has been linked with microcephaly in newborns (thousands of cases have been reported in countries where Zika virus has spread), triggering Guillain-Barré, and (of course) worse symptoms in people with weakened immune systems.

It’s actually because it’s so mild for most people that it’s spreading as quickly as it is. When only 1 in 3 people develop symptoms, and they’re usually mild, travel while infected isn’t really hard to do like it is with Chik-V, Dengue Fever, or Yellow Fever. All three of those are found in the same areas, but have (temporarily) debilitating enough symptoms that you won’t be getting on a plane with them!

Currently, Zika is expected in the US in early spring, and will likely be widespread by late summer. There have already been several people who have been brought the disease back with them (that we’ve identified, again, people with mild or no symptoms aren’t getting screened) and one case of US transmission (not mosquitoes, though. Zika can also be transmitted through semen).

Although a lot of what we “know” about Zika is unconfirmed, there’s some concern that it has spread to a second mosquito species. (The first species, Aedes aegypti, is limited to tropical climates. In the US, that’s Hawaii and gulf states. If it’s spread to a more common species, though, that would greatly extend the virus’ potential range).

Pregnant women, their sexual partners, and both men and women planning to conceive need to be the most alert (there’s a travel advisory out for women considering going to South America—there really should be one for men, too). Currently, they think skipping a cycle after infection should be a safe time to conceive for women, and we think men are only contagious during active infection, but we really don’t have enough data (especially on transmission from men).

American officials aren’t worried—mostly because we’re more spread out, and more prepared to prevent mosquitoes and provide adequate healthcare (debatable). In any case, as with every summer, preventing mosquitoes from spreading diseases really comes down to each individual, and your backyard/land.

Unmaintained pools, bird fountains, wheelbarrows, dog bowls, uneven ground—anywhere that water might collect is a potential mosquito breeding ground. Start by preventing water from pooling—do a quick walk through your yard before spring and make any changes that will make it easier. Then, make cleaning (hosing down, dumping out, whatever) the places in your yard that need water a daily habit.

Live in the desert? You’re actually more at risk. Humans often have the only open water sources, so mosquitoes are more likely to crowd around you, more likely to have disease because of that proximity, and more likely to share it. The key to beating Zika is going to be working together to stop it, no matter what part of the country you live in. (And maybe reconsidering your travel plans for the next year—sorry Olympics fans).

If you are traveling somewhere warm and tropical, support your immune system. Rest and care are all you have to fight against these mosquito born diseases, some of which can really cause pain and discomfort, and potentially long term effects if you have a particularly weak immune system. Ultimately, though, preventing mosquito bites is key.