Concerns About Argyria: What Is Colloidal Silver’s Worst Potential Side-Effect? 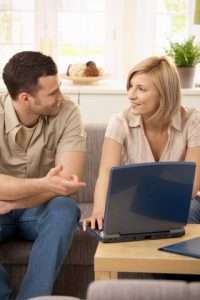 Many media outlets proclaim the risks of natural supplements: they aren’t regulated the same way as FDA approved medicine, some have dubious claims & benefits, some have serious side-effects (ephedra), or aren’t labelled properly.

But no supplement is as campaigned against as colloidal silver (although homeopathy is currently coming up negatively in all sorts of places). Why? There aren’t tons of major studies proving the efficacy of even the most popular supplements (and colloidal silver IS very popular, which only makes it more of a target).

Without strong, government-approved proof of efficacy, those who believe strongly in “what mainstream science (or government, or whoever) says is best” think that anyone seeking natural or alternative solutions are at risk of not getting the required medical treatment, potentially putting their lives (or others, in the case of transmittable disease) at risk.

The first thing I have to say about this is EVERYONE SHOULD THINK CRITICALLY. No matter what side you’re on (preferring natural or traditional medicine or mainstream medicine), I think there would be a LOT of common ground if everyone gave legitimate consideration to both sides of the argument rather than having a knee-jerk reaction.

There are medical treatments that are absolutely necessary, and medicines that save lives. There are also natural treatments with similar efficacy that have fewer (or no) side-effects.

On the other hand, there are unnecessary surgeries & medicines that work no better than a placebo. There are dangerous natural remedies, like a British company that was selling people diluted bleach. There are healing herbs (and foods!) that taken at too high a dose can cause severe side effects (if you were to eat a lot of nutmeg rather than sprinkle it in a dish you could cause your kidneys to fail—but it would have to be A LOT of nutmeg (yes people do this)).

Thinking critically about each individual option, rather than advocating for one exclusive route, would aid this discussion greatly.

What Is Colloidal Silver’s Relationship With Argyria?

Colloidal silver is variously defined, even in some research. Silver compounds, proteins, and ionic silver are used by some interchangeably. While there’s some rationale for this—silver in all these forms DOES kill pathogens—it omits a VERY important distinction: these different silver forms DON’T perform the same way in the body.

The larger the particle, the more likely it is to accumulate (you probably get the largest silver particles as well as several silver compounds from unfiltered tap water).

But what, exactly, causes argyria? The general answer is silver. But specifically, what form of silver?

Historical cases of argyria usually occurred in working environments, when someone accidently inhaled or swallowed huge amounts of radiated silver, or silver compounds.

But most people are more familiar with recent examples of silver-caused argyria, especially Paul Karason, who turned blue after taking huge amounts of his home-generator made “colloidal silver”.

Mainstream science rejecting the comparably few studies on colloidal silver/nano silver is sort of ironically mirrored by their acceptance of a few isolated cases of argyria.

How do you respond to people who have a knee-jerk rejection of all things natural, holistic, traditional but no longer used, etc.? What are some good ways we could start a fair conversation about colloidal silver and other natural supplements?