Hepatitis C is killing more people each year, and those rates are expected to continue to rise for at least another decade without a change in how Hepatitis C is talked about. Since Hepatitis C symptoms can look like any other infection, many are unaware of the viral infection until more dramatic, life-threatening symptoms appear.

First, there’s a new warning and reminder about mixing Hepatitis C medications with other drugs, particularly statins. Mixing them can cause more statins to enter the blood stream then desired, greatly increasing the risk of muscle damage. Other prescription meds to watch out for: migraine medications, sedatives, and some prescription heart burn medications. Talk to your doctor about alternatives, remind your pharmacist what other medications you’re taking, and look for natural treatments for mild problems.

Second, authorities are changing the message about Hepatitis C so that people who are unaware that there aren’t many Hepatitis C symptoms can get tested—leading to earlier treatment and life-saving outcomes.

Traditionally, Hepatitis C symptoms are most strongly associated with people who share needles: shady tattoo artists, drug users, etc. But before 1992, and especially during the 50s and 60s, needle sharing was something commonly done in hospitals, and blood infusions weren’t monitored the way they are now.

So the new message about Hepatitis C symptoms is this: if you were born between 1945-65, get tested. 1 in 33 baby boomers has the diseases, and they probably weren’t infected in the traditional, high-risk ways. As they age, however, Hepatitis C symptoms are no longer remaining silent, and baby boomers are heavily contributing to the sharp rise in death rates. So there’s a strong effort being made to remind people that Hepatitis C transmission was common before the 90s when it became limited to high risk needle users.

Even today there’s still a risk from medical professionals: another potential Hepatitis C outbreak has been identified, this time affecting Wisconsin diabetes patients. More than 2,000 people received diabetes care instructions from a nurse who was reusing the same needle, and at least one man contracted Hepatitis C symptoms and is now suing to cover his $80,000/year medical bills.

And if you’ve been following the Nevada Hepatitis C outbreak from clinics who weren’t following best practices, those cases have been settled favorably. 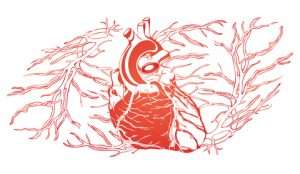