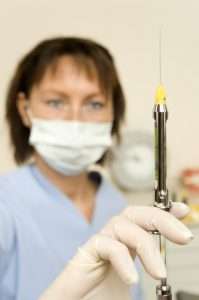 Over 8,000 Coloradans treated at Stein Oral and Facial Surgery or New Image Dental Implant Center have been notified that they are at risk for blood borne illnesses, including Hepatitis C, HIV, and Hepatitis B.

For 12 years Dr. Stein’s practice reused needles and syringes, a long enough time frame that some patients may actually have begun to develop noticeable Hepatitis C symptoms. Initially, Hepatitis C symptoms are silent—the liver is infected and slowly damaged by the virus, but it’s not until years or decades later that patients will notice the infection—and by then it’s often too late.

HIV does not transmit as easily—Hepatitis C is capable of surviving outside of the body for far longer—but patients are being advised to seek antibody testing for both viruses, as well as Hepatitis B (which most people should be vaccinated against—two markers will be checked).

It can take 6 months for Hepatitis C symptoms to show up within the body, and many healthy people will naturally overcome the disease. Since this was a dentist’s office, it’s likely that there were fewer patients with weakened immune systems.

The offices of Dr. Stein, located in Denver and Highlands Ranch, have been closed. In 2011, he reached a private agreement with the state medical board where he agreed to stop practicing medicine and had his license revoked.

The risk of HIV and Hepatitis C transmission was only discovered because someone filed a report and an investigation was opened up. With the recent outbreaks in New Hampshire and elsewhere, it’s horrifying—but likely—to assume that reusing needles, because of drug addiction, cheapness, or some moral deficiency, is far more common than anywone should be comfortable with.

People need to start asking about where needles used on them are coming from, and doctors and nurses should be understanding about that (especially when asked with courtesy).

Although Dr. Stein carried on risking people’s health for more than a decade, with the recession many Dentists are feeling strained as people choose to forgo dental care. On top of that, new government recommendations are calling out dentists for recommending yearly x-rays. Most people do not need a dental x-ray more than every 2-3 years (depending on oral health history and whether problems arise). Avoiding the expense plus the unnecessary radiation is win-win, but it’s not helping to keep the doors open for many practices (I know of a few local practices that have reduced staff to the founding dentist, one hygienist, and the dentist’s wife running reception just to keep the lights on).

Whether you live in Colorado, New Hampshire, or elsewhere, it’s clearly important to make screening for Hepatitis C and other blood borne illnesses a part of your yearly physical. These things get caught only after thousands of people are affected, and catching it earlier can save a life!

Two big Hepatitis C scandals in as many months. Horrified? Share your outrage in the comments: 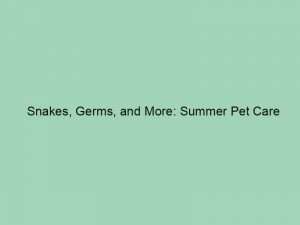