Keeping An Eye On It: China’s H7N9 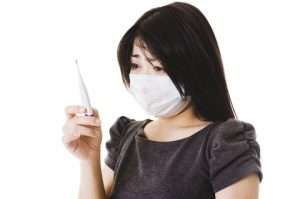 H7N9 bird flu is affecting far more people in its sophomore year, and for more than a quarter of those infected, the result is death. The good news here (for most of our readers, anyway) is that it’s still contained within China’s borders. Last year Taiwan got a few cases, but they seem to have been contained.

More bad news: H7N9 doesn’t make birds sick. The only way we know birds have it is when the humans around them (even a few streets over from where they’re being kept) get sick. Unlike other forms of bird flu, this one is airborne, and is passed to humans when birds breathe it out (we think). Good news though, for now, only close proximity (caring for a sick person) spreads it between humans.

But, flu mutates fast. And Chinese New Year starts at the end of this month, meaning lots of people will have the chance to obtain and spread the disease by travelling (can humans spread it back to healthy birds?) and lots of poultry is about to be bought and gifted to celebrate the holiday. Sorry, no balance of good news for this one. All I can say is that H7N9 has been slow to mutate so far, so fingers crossed, everyone, that the influx of cases won’t trigger a mutation.

Let’s end the update on a good note: world health officials are watching the outbreak closely, and preparing for a possible pandemic. And the US has been stockpiling vaccines for it since last year.

If you’re in the US, you’re probably dealing with H1N1, formerly swine flu. A comparison may be helpful: swine flu spreads far more easily than this strain of bird flu, at least so far. And while H1N1 is in the flu shot, it traditionally hasn’t been easy to vaccinate against, even for flu shot standards. But it’s also less deadly. And, we don’t know how easy H7N9 will be to vaccinate against yet. With researchers working on a better flu shot, there’s hope that by the time it’s an issue, we’ll have things figured out better.