A lawsuit has been brought against the company 1-800-GET-THIN for using procedures that may have lead to the spread of Hepatitis C, liver disease which can present no symptoms for decades.

Based in southern California, 1-800-GET-THIN uses surgeries (including lap band) on the promise to lose weight fast. According to two employees who quit after witnessing the alleged poor patient care, the machine responsible for sterilizing equipment frequently malfunctioned, including after a patient with Hep C was treated. Subsequently, the lawsuit demands that the clinic notify the at risk patients (who were exposed to potentially contaminated equipment) to get tested for Hepatitis C.

The defense, which includes 1-800-GET-THIN and associated clinics, claims that the lawsuit is meritless.

In any case, it’s a reminder that too-good-to-be-true medical ads are often just that. In this case, the FDA was already involved over concerns that patients were not properly educated about the risk of surgery, and at least 5 patients had already died following treatment.

Hepatitis C is a virus that can spread quite easily, and in hospital settings where people have weakened immune systems (especially during/after surgeries) the potential for Hep C transmission goes up rapidly. It’s important to review hospitals and clinics as thoroughly as possible before signing on.

When at the doctor’s office, make sure needles and other disposable equipment are properly disposed of in the medical waste box present in all rooms. Doctors should wash or disinfect hands before and after treating a patient. Pain medication should have an effect—if not, a drug addicted employee may have “borrowed” (already used) the medication and replaced it with a substitute like water—one of the more frequent causes of Hepatitis C transmission in medical settings.

Unfortunately, there’s no sure fire way to avoid Hepatitis C transmission. Keeping your immune system strong and getting tested yearly are the best ways to prevent liver disease since other factors are beyond your control. Hepatitis C usually shows up on a test 6 months after exposure, but given the many avenues to transmission and the fact that there aren’t any clear early symptoms, yearly testing can save your liver.

Horrified about the steady stream of medical related Hepatitis C cases? Share your concerns in the comments. 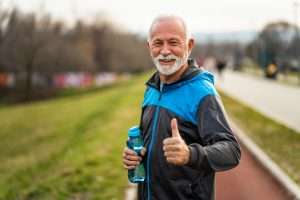 Exercise is Key to Improving Health