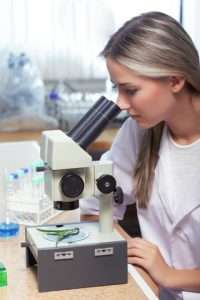 Autoimmune diseases are when the body’s immune system mistakenly attacks itself, and so current autoimmune treatments depress the immune system, causing a host of complications. Research has finally found a way that may stop the body from attacking its own cells without stopping the immune system from functioning.

The new method is based on the research of Stephen D. Miller, PhD, who hypothesized long ago it may be possible to trick the body. When cells die, white blood cells (macrophages) come around and remove them, and send out an “all clear” to the rest of the body that the cells aren’t a disease, just waste. Miller wondered if he could use the system to send out an “all clear” with regard to cells being attacked in any given autoimmune disorder (the initial research focuses on Multiple Sclerosis). Originally, he harvested cells and custom tailored them to do the job, but that’s a long, expensive process.

Working with other, Miller has now developed a way to make a general panacea for autoimmune disorders: using a protein specific to the autoimmune disorder (so far, they have tested one for multiple sclerosis on rats, but anything from Type 1 Diabetes to food allergies could be possible in the future), they attached it to a nanoparticle typically used for suturing when the suture needs to dissolve.

As the (suture) nanoparticle breaks down, it’s picked up by white blood cells, who immediately tell the rest of the body it’s just trash, not a dangerous pathogen, and the body, based on the protein signature, stops attacking the healthy cells, thus ending the autoimmune disorder!

It’s amazing, ground breaking work. By using a substance already safe for use in humans, there’s not only a good chance side-effects will be minimal, but a strong possibility treatment for any number of autoimmune disorders will be on the market in less than ten years! Miller currently estimates that without any nasty surprises, human testing will begin in two years.

What do you think about the future of medicine?