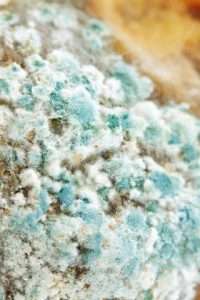 Rising temperatures are helping fungi to spread. Naturally existing in soil, some can spread to humans. Modern medicine and an over-reliance on antibiotics are helping these spreading fungi to infect more people. Right now the UK is dealing with an invasive outbreak of a Japanese fungus in hospitals.

In the US, an estimated 46,000 people get hospital acquired candida alone. Then there’s athlete’s foot, jock itch, yeast infections, and other everyday illnesses that can pop up when it’s least convenient.

Unfortunately, what might be worse than getting a fungal infection is treating it. Similar to antibiotic resistance, fungal infections are getting increasingly difficult to treat, and it was never easy. Harsh medications are usually required to evict a fungus that’s taken root, so it’s much better to work on prevention!

Fungal infection prevention basics include keeping things dry, reducing dead skin through exfoliation, and fresh air (in your home bleach does a good job). Fungi like it dark and moist, so watch for attractive spots.

One of the best strategies for preventing fungal infections is crowding the fungus out with good bacteria. Antibiotics allow fungi to get in by killing off good bacteria alongside the bad and creating a void where fungi can get in. In the same vein, making sure you have a robust colony of good bacteria helps keep fungi out. In addition to eating a healthy diet full of probiotic rich foods, a supplement like Flora MGR can help bolster and replenish good bacteria.

Immune system support from colloidal silver has lots of benefits, but its versatility against pathogens including fungi, bacteria, viruses, and more is a big one. Take it everyday to help support the body against unhealthy pathogens.

Share your thoughts on fungal infections in the comments: