Toxins In Your Rice? 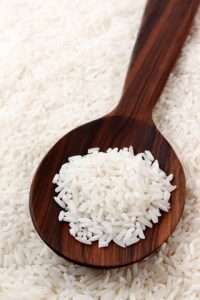 Research is finding that all imported rice—from both Europe and Asia—is loaded with contaminants, particularly high levels of lead and arsenic.

The reason rice is more prone to it than other goods (American made licorice, Chinese imported anything, and other foods have had problems the last few years) is because it’s a crop grown with irrigated water.

Although you have to consume rice daily to really notice the build-up, everyone who eats it is being exposed to levels that are too high. For the average person, exposure is about ten times more than the maximum “safe” amount—for the heavy consumer, more than one hundred times.

The Effects Of Arsenic & Lead

Too much arsenic can deny cells energy, cause oxidative stress, and lead to the death of organs.

Lead’s effects may be more famous, since it’s only been a generation since it was banned from products like paint. Lead is bad at any age, but in kids it can cause developmental issues.

High lead levels can damage the brain and kidneys, while small amounts damage the nervous system.

You may want to cut back on rice if you’re a heavy consumer. Otherwise, watch the news for follow up information on which countries and brands have the lowest levels of contamination.

If you’re interested in detoxing your body, try Zeolite. Zeolite is a cage-structured molecule formed from fossils that “catches” and removes toxins like heavy metals from the body. It’s recommended Zeolite be paired with humic and fulvic acid, which restore any minerals that may get caught up too.
Will the news affect your consumption of rice?