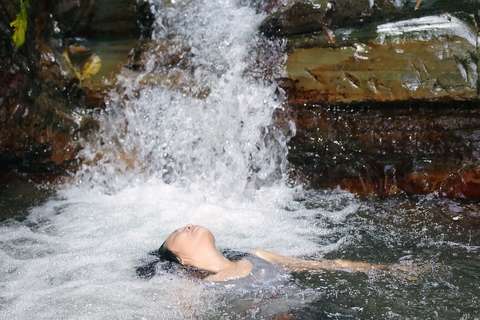 Do you occasionally cleanse? A safe cleanse or detox can be restorative, and doesn’t need to be done often. But there are lots of different kinds—all are meant to remove toxins, but some do it by adding things/foods, and other by subtracting. Both methods can be right at different times!

Cleanses that work by taking something you’re used to away are the hardest sort—think a short fast, eliminating a type of food for a health boost (caffeine, processed sugar, red meat, alcohol), or avoiding chemical based beauty products.

Working out, sitting in a steam room, eating lots of fiber, or following a special diet that targets certain buildup so your eyes are less yellow are cleanses that work by adding something to do or eat. These can be easier to follow, and can be done more frequently (for instance, you should workout every day!).

Here’s something you may not have known about that can help you cleanse at a cellular level, removing “big things” like heavy metals, as well as “catching” free radicals: Zeolite.

Let’s back up for a second.

You know how our soil is horribly depleted? The food you eat varies greatly in quality based on where it’s grown and how the soil is managed/replenished. And that’s just talking about vitamins and minerals.

Not so long ago in terms of human history, people would stumble upon dinosaur bones somewhat regularly. Not only had we not yet reached the point of chronically overusing soil so it was mineral depleted, it still had fertility from plants and animal remains (not just giant bones but decomposed, ground up in the soil bits) that we no longer naturally benefit from today.

Zeolites are minerals that are created when volcanic ash and rock mix with a certain type of ground water. They’re minerals with a shape that is perfect for “catching” and removing certain toxins in the body, like heavy metals. (Volcanoes are destructive, but leave behind some of the richest soil in the world. There are some very expensive foods, alcohols, and spices that come from people who farm around volcanoes, and who cyclically have their homes destroyed by them!)

If you want to be thorough in cleansing modern toxins out of your body, try Zeolite.

And because Zeolite is so thorough, we recommend pairing it with Humic and Fulvic Acid. Humic and Fulvic acid are minerals and nutrients derived from ancient plants and animals, as discussed above. They’re a match to Zeolite, making sure the right good things are returned to your body when you are cleansing—because the number one rule of cleansing is: do so safely! And Humic and Fulvic acid provide the balance to a Zeolite cleanse to make sure you have everything you need to function while you’re removing the bad stuff!

What kind of cleanses have you tried? Share your experiences with us!

What is Colloidal Copper Used For?