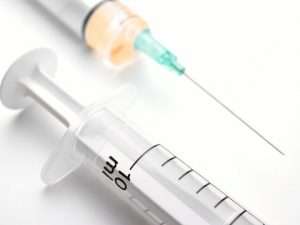 The CDC has released statistics on this year’s flu shot. The good news is that the rush put on it (it was produced in a much smaller window than flu vaccines usually are) worked, and it matches the strains in circulation this year pretty well. The bad news is it’s not working as well as usual (and usually isn’t that great!).

For the elderly in particular, the flu shot isn’t helping much. Less than a third of those 65+ who received the flu shot gained immunity. The worst strain of flu—the one causing the most cases of hospitalization and death—only has a 9% chance of being stopped by the flu vaccine in the elderly.

Although the CDC says that any chance of protection is better than none, those with particularly weak immune systems (who are least likely to receive immunity anyway) may want to weigh the risks of flu shot side-effects against such a small chance of benefit.

In the best scenario—that’s when the strains in the flu vaccine match those in circulation
—the flu vaccine is only 60% effective in healthy, young adults. Even though that’s the case this year, the flu vaccine just isn’t working against this new, harsh strain.

If you have a strong, healthy immune system, the flu vaccine might work well for you, teaching your immune system to fight the current strains. For those not so fortunate, officials are suggesting that, anecdotally, the flu shot may still reduce flu symptoms and duration, although there’s no hard evidence.

So if you got the flu shot, don’t rely on it! If you have a weakened immune system and get flu symptoms, take care of yourself. It’s bad enough this year that the flu won’t just make you miss work, it could put you in the hospital.