How Do You Contract Hepatitis C? Possibly From Your Local Outpatient Center.

A new MSNBC article reports findings that the majority (67%) of outpatient surgery centers inspected failed to follow some of the most basic procedures that help to prevent the spread of disease, including hand washing, sterilizing instruments/surfaces and throwing away one-use tools (rather than reusing them on other patients, as many clinics did).

The study comes after an outbreak of Hepatitis C originated in Las Vegas clinics (they reused needles, transmitting Hepatitis C). According to the article, state agencies, who are responsible for monitoring such clinics, hadn’t inspected some for as long as 12 years. Dr. Philip Barie of Weill Cornell Medical College in New York is quoted as saying: “They knew they were under observation, had the opportunity to be on their best behavior and yet these lapses were still identified”.

See the article at MSNBC for more information.

What’s a person to do? If you have an upcoming appointment at an outpatient facility- colonoscopies, plastic surgeries, and foot procedures are all reasons you might visit such a clinic- don’t be afraid to question your doctor directly about when the last time the table, the instruments, and his hands were cleaned, whether that was the first use of an instrument or whether it had been cleaned, etc. Although some doctors may take offense, good doctors tend to appreciate active, vigilant patients and if you explain the study they should understand (if they don’t, consider changing doctors).

If you’ve visited an outpatient facility recently, watch for symptoms of some of the more infectious diseases including Hep C, HIV and Staph Infections.

Hep C Symptoms often begin about 6 months after it’s contracted, usually as a nagging flu. Advanced symptoms include pain in the liver area, discolored waste, and jaundice. If you have Hep C, know that treatment is most effective when started early–talk to your doctor about what options are best for you. Also note the Hepatitis C transmission can occur whenever an object that may have come into contact with an infected persons blood is used (razor, toothbrush, etc.) so be careful not to spread the disease before you’ve been tested.

Staph Infection Symptoms include pus, redness, and swelling (although these are consistent with the symptoms of other infections, so see a doctor for a proper diagnoses). If you have a staph infection, get it treated right away. Keep the wound clean, and follow your doctor’s instructions. 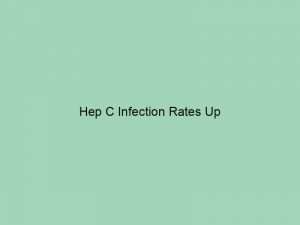 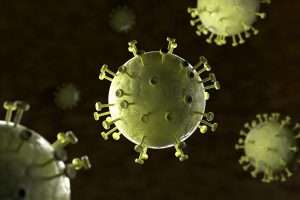 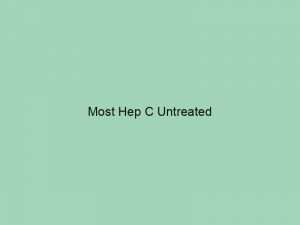