Scientists Watch The Flu Virus For A Pandemic 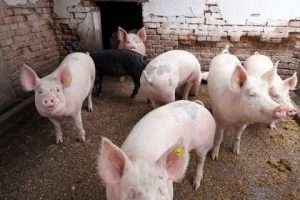 There’s a new strain of swine flu spreading—H3N2—and this time scientists are preparing. So far, there’s only been 12 reported cases of swine influenza in the US, and there shouldn’t be fear of getting it from cooked meat.

Flu outbreaks are being watched closely, especially as we learn more about flu mutations and how certain mutations increase the risk of a pandemic by increasing transmission. In response, the government is preparing new flu vaccines in case H3N2 spreads further.

What Is Swine Flu?

Swine flu is a type of flu virus that can be passed between pigs and humans. There’s some evidence that it was swine flu that killed almost 100 million people in the 1918 flu pandemic, although we can’t know for sure.

Symptoms of the flu are generally the same regardless of whether it’s swine flu, bird flu, or regular flu. Fever, chills, headache, general aches, coughing and weakness are all symptoms of the flu.

Generally, only people who work closely with pigs are at risk for swine flu, and it’s not easily transmitted between humans, if at all. Meat processors are also at a slightly increased risk (if it’s like swine flu, this is probably due to exposure to infected pig fluids, so again, pork itself should be safe).

Prepare Against Symptoms Of The Flu

Humidity decreases flu transmission in the household, so running a humidifier, boiling a tea kettle or pot of water can help protect family members when one person is sick.

It’s also important to practice stringent hygiene during flu season, since flu is most often transmitted by coughing and sneezing.

If you want to support your immune system, make sure to pick up a bottle of MesoSilver. Flu season is in full swing, so it’s the perfect time to make sure you’re prepared.