Stomach Flu Is Everywhere This Year 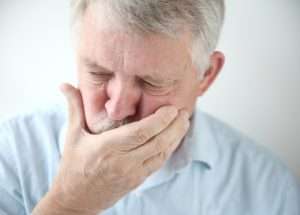 The US, Europe, and Australia are all suffering from stomach flu as Norovirus enjoys the same conditions that have caused influenza and other winter viruses to spread this year.

Although the US has focused health coverage on influenza, many people are also experiencing stomach flu. Likely, it’s been under-reported because most people ride stomach flu symptoms (nausea, vomiting, sometimes fever or diarrhea) out at home.

Since new research has demonstrated how easily Norovirus can spread, here’s a reminder: heat or bleach are generally needed to disinfect something contaminated with Norovirus, and the contaminated area is much further than you can see (so clean around the toilet once you’ve been sick, and if you get sick elsewhere mentally draw a much wider radius to clean up).

Often passed around the kitchen, make sure to wash your hands frequently while cooking (and in general—it will help stop influenza, too!), and follow all food safety guidelines, including which temperatures to prepare meats to.

If you think you’ve got stomach flu, whether Norovirus caused or not, stay hydrated. Water, as well as electrolyte drinks like Pediasure and Gatorade, can be a big help (or try a fizzy lemon lime soda to soothe sick stomachs). If you aren’t getting water in, go to the hospital for an IV bag.

Although generally not a big deal, those with weakened immune systems can experience particularly dangerous stomach flu episodes. If you’re elderly, or you already have an existing condition, keep in touch with your doctor if stomach flu hits you.

Which winter viruses are most affecting your town?