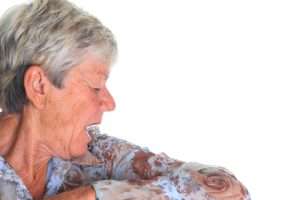 This summer, a number of virological reports have raised concerns about new and potentially upcoming flu variations. As the old flu that readily spreads among humans, bird flu, swine flu, and “seal” (or dog) flu share genetic data, mutations are getting more common.

A new study found that ferrets infected with different strains of swine flu easily passed them to their neighbors (mostly via mucus—whatever the ferret equivalent of mouth breathing, sneezing, and coughing is), and that some of those neighbors exhibited more severe, mutated strains.

Not all flu strains or sub-strains are equally dangerous, however. Some may cause severe respiratory illness within a few days, and some may be only a mild infection that the body easily clears in a week or two.

It really raises the question: should you get the flu vaccine? The strains you most need to worry about are the new ones—if you’ve already been exposed to H1N1, you’ve got some immunity against future swine flu mutations, but if you haven’t, or if mutations cross with bird or other flus, there’s not much to be done.

Flu vaccines used to take 2 years to produce—meaning mutations were never included, and there was a certain amount of gambling in predicting which strains would be active in the flu season that it would be distributed in. But now pharmaceutical companies are producing and distributing flu vaccines in as little as 6 months. While that means they’re more current, it also means they’re far less tested and a bit more thrown together. Plus, there are other questions being raised about efficacy, safety, and whether this year’s flu vaccine could contribute to mutations!

Are you pro or con flu vaccines? What influences your decision?