Are They Cold Symptoms, or Flu Symptoms? 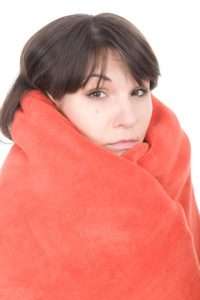 When you get sick, it can be hard to tell what you’ve got. And there’s something new making it harder: extra viruses going around causing flu like symptoms. Throw in Norovirus, and being on top of recognizing and managing symptoms can be tricky. Although it’s good to know what you’re fighting, it’s even better to prevent it. Make sure you’ve got daily immune support from colloidal silver.

Let’s start with colds. The only way to prevent colds is by avoiding sick people and washing your hands often. It can be hard or impossible to avoid, though, since cold symptoms don’t knock you out the same way the flu does, so it’s easy for people to still go to work. Cold symptoms include congestion (and accompanying runny nose, sniffling, sneezing, coughing/choking on mucus, and even eye mucus), sinus pain, fever, headache, and fatigue. After the initial onset (which can include fever), symptoms can linger. Rest as often as you can, and keep supporting your immune system with colloidal silver.

Flu’s the next big one. There’s a chance a flu shot can help, but it’s not as good as other vaccines. When you haven’t had the flu in a while, flu symptoms sound the same as cold symptoms (fever, muscle aches, fatigue, and respiratory symptoms like a cough or even congestion). But there’s a clear difference between cold symptoms and flu symptoms: the flu will knock you out. You’ll have to take time to relax and recuperate. Forget supporting your immune system with colloidal silver, unless you have someone helping you, you probably will have trouble motivating yourself to do much (if you find the strength, though, it’s worth it). The upside is that flu will often be over more quickly, so don’t worry about taking time to take care of yourself.

There are other flu like viruses going around, too. Most are more mild, but some seem to have their own twist, with strong gastrointestinal symptoms like diarrhea, or more specific muscle aches. Anecdotally, it seems like these viruses are getting more common, with health care providers reporting more visits. Handle them the same way you would other viruses: rest. It’s not worth the trip to the doctor (unless things get severe) since antibiotics don’t work on viruses.

Whether you get cold symptoms or flu symptoms, try and support your immune system with colloidal silver, and rest at the first sign of illness.